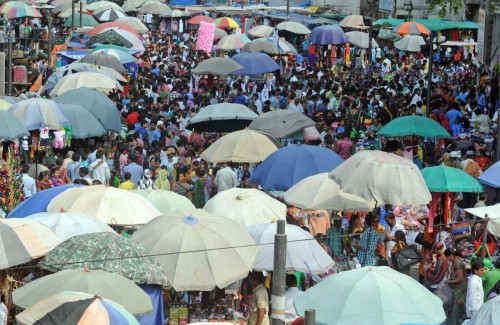 India will have 100 million online shoppers and the country’s e-tailing sector will become a $15 billion market by 2016, a study said .

The number of online shoppers in India is projected to be 35 million in 2014 and it was 8 million in 2012, said Nitin Bawankule, Google India industry director for e-commerce, local and classifieds.

The research was compiled by interviewing 6,859 respondents covering online buyers and non-buyers in 50 cities.

The report also projected that 40 million women are estimated to shop online in India by 2016.

A recent study revealed that the number of internet users in India would reach 302 million by December 2014, registering a year-on-year growth of 32 percent over last year.

According to the Google Forrester report women buyers in tier I cities were more engaged in online shopping and outspend men.

While 65 percent of the buyers shop online due to convenience, 64 percent use online platforms for the range of variety of products and 60 percent take online buying route to improve social status, Bawankule said.

He said the key sectors which will drive the future growth of the e-commerce are baby care products, skincare and cosmetics products and home furnishing.

Bawankule, however, mentioned that 66 percent of the respondents felt that internet speed is acting as a barrier to online shopping. The speed is only 0.5 mbps in India compared to 4 mbps in China.

There are also various key challenges that lie in front of the Indian e-commerce players – 62 percent of the respondents are not satisfied with the customer services, 67 percent said they find the current product return process was complicated and expensive and 55 percent of non-buyers said they have doubts about the products.

“The e-tailing industry needs to act now to cater to this strong user growth trend. Improved customer experience across all touch points, easy to use mobile apps can create a strong pull for non-buyers to shop online in tier I and tier II cities,” he added.