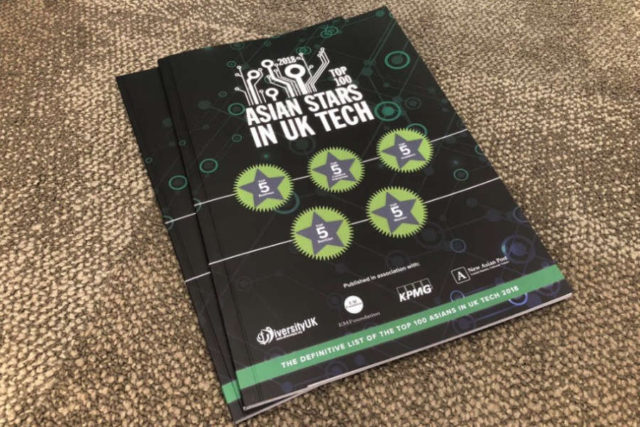 The official list of the Top 100 Asian Stars in UK Tech 2018 was launched on June 4th by Diversity UK in association with the Ethnic Minority Foundation (EMF), KPMG and NewAsianPost.com and hosted at KPMG, Number Twenty Grosvenor Street, Mayfair, London. 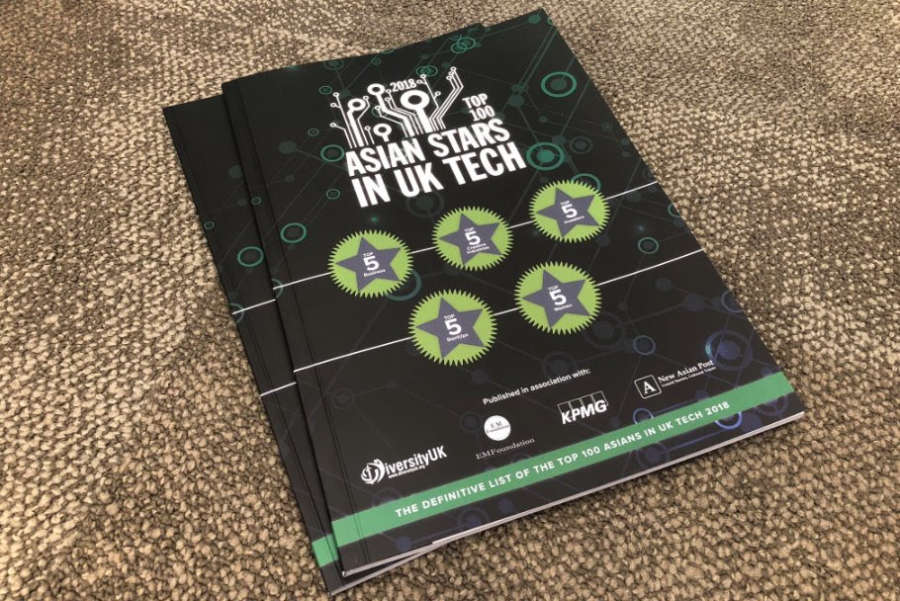 Previous Chairman’s Award winners include Dinesh Dhamija, Chairman of Copper Beech Group and previously Founder of ebookers who was recognised in 2015; Shankar Narayanan, Head of UK & Ireland for Tata Consultancy Services who received the award in 2016 and VR evangelist and surgeon Professor Shafi Ahmed, Chief Medical Officer at Medical Realities, who received the award in 2017.

By highlighting the ground-breaking business models, apps, funding and support networks being created by Asian digital entrepreneurs, the list addresses the perceived lack of diversity in the tech sector and showcases the wealth of talent that is currently growing the British tech scene. The evening also saw a panel of judges selecting the top five Asians in the UK involved in business, the creative industries, investors, startups and women.

Bina Mehta, KPMG Partner leading engagement with the new generation of Asians added: “Technology startups are using innovation to disrupt the business landscape in almost every sector, challenging existing business models and driving change particularly in consumer behaviour.  As an important creator of wealth and jobs, the tech sector in the UK continues to lead the way above other global ecosystems as being more ethnically diverse and it is important to celebrate this fact. Innovation and diversity are a key elements KPMG’s work with the business community and it is important that we shine a spotlight on the achievements of Asian entrepreneurs and leaders in the tech sector and the vital job they do as role models to the younger generation in the UK.  We are very proud to be associated with the Top 100 Asian Stars in UK Tech and congratulate all of the outstanding individuals who have been recognised for their roles as leaders and innovators.”

The Top 100 Asian Stars in UK Tech list, NewAsianPost.com and Diversity UK are the brainchild of the digital entrepreneur Lopa Patel MBE who has long been recognised as an evangelist for STEM and the tech industries in the UK.