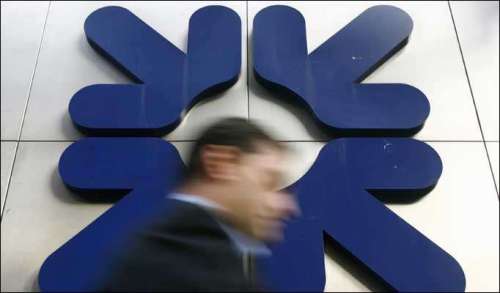 Royal Bank of Scotland has confirmed it will relocate its registered headquarters to London if Scotland votes for independence next week .

The bank said in a statement that it believed it would be “necessary to re-domicile the bank’s holding company”.

In a letter to staff, the bank’s chief executive said there was no intention to move operations or jobs.

Martin Gilbert, chief executive of Aberdeen Asset Management said: “I think an independent Scotland would be a big success, but it is a secret ballot and I will abide by that.

“Most sensible people now accept that Scotland would be prosperous with either outcome in the current constitutional debate.”

Scottish First Minister Alex Salmond told BBC Scotland he had been given a letter which was sent to RBS staff on Thursday morning by the bank’s chief executive Ross McEwan.

The banks, which employ a total of 27,500 in Scotland, confirmed they would register themselves in England if voters opt for independence next week.

And the department store giant John Lewis warned that shoppers in Scotland could expect higher prices if it votes for independence because retailers would no longer be willing to absorb the higher cost of trading there across the UK.

It moves the referendum battleground to matters of the “head” and the country’s crucial financial services sector, which generates around £7-9bn each year and employs 100,000.