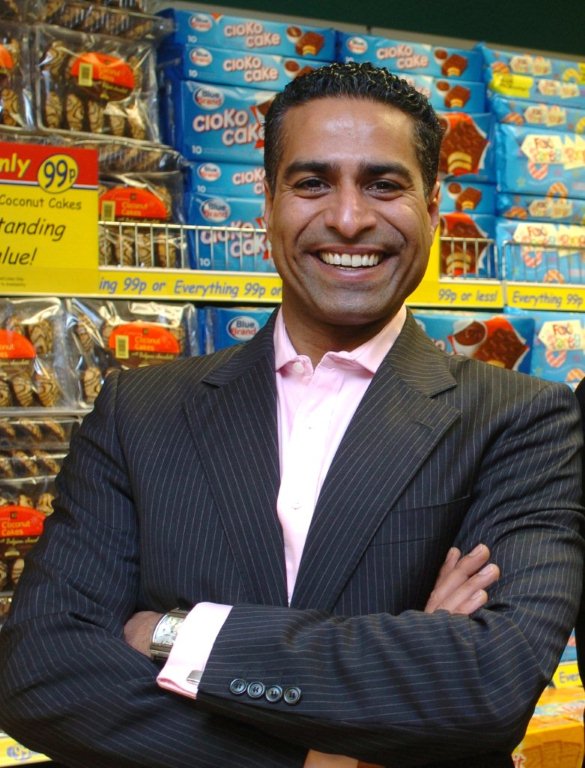 Northampton based 99p Stores announced “record” annual results including an 18% surge in sales to £270M. 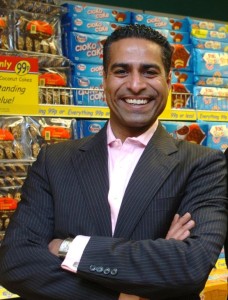 Not bad for a company with just one branch a little over a decade ago. And it says in the next 24 months it will be opening “more than 100” new stores to push its’ number of branches beyond 300. This will lead to the creation of 3,000 new jobs.

It has also increased its’ family of customers by 25 per cent in the last year to around 2M weekly shoppers.

It also reports the “strongest” like for like figures in the market of +3.7%. “Overall these are record results showing we are one of Britain’s fastest growing retailer,” declares 99p Stores boss Hussein Lalani. “And we would like to thank each and every one of our family of two million customers for making this happen.”

Mr Lalani said the British public is deserting the Big Four supermarkets in droves and coming to 99p Stores instead.

He says: “Our customers are telling us they are fed up of having been ‘ripped off’ for years and years paying up to three times the price for essentials.

“Very many tell us it has now become ‘cool’ to shop at 99p Stores. “Telling work colleagues, family and friends what you pay when you are shopping has become fashionable.

“The boast used to be how much you paid. Now it’s how little.

“Times have changed, spending patterns have shifted – and our record results demonstrate this. The rapid emergence of price comparison sites and fast smartphones is only adding to the awareness of price and value out there.

“Those supermarkets that have been charging two and three pounds a throw for everyday essentials like washing-up liquid, toothpaste, tea and coffee have lost credibility.

“At 99p Stores if you buy 20 items you know what it will cost you – less than twenty pounds. At other stores shoppers have become nervy – they haven’t a clue what the final bill will be.”

In the last year 99p Stores has matured into a “one stop-shop”.

It has rolled out fresh fruit and vegetables into its stores, to sit alongside milk, dairy, chilled and frozen meat and vegetables which have been introduced over the last 18 months.

The retailer, which sells a range of 5,000 items – including more than 3,000 branded goods – has doubled its customer base in the last 18 months.