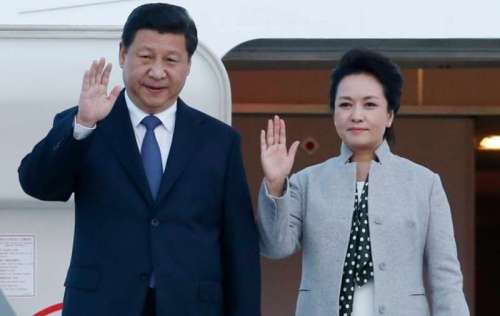 Chinese President Xi Jinping arrives here Wednesday afternoon on the first leg of his three-day India visit during which trade and investment are expected to top the agenda of talks with Prime Minister Narendra Modi besides other bilateral and regional issues.

Xi is arriving in Ahmedabad, the commercial capital of Gujarat state, at the head of a high-powered delegation.

In a first, Modi will receive the Chinese president in Ahmedabad after which the two sides are to ink some agreements related to the region.

The city has decked up to receive the Chinese leader.

A red carpet welcome and Gujarati culture and cuisine await Xi during his six-hour visit to the state.

Modi, who arrived in Ahmedabd Tuesday, said visiting heads of states should travel beyond New Delhi and see smaller towns to understand the country’s diversity better.

This was Modi’s first visit to Gujarat after becoming prime minister.

While in Ahmedabad, Xi is to visit Mahatma Gandhi’s Sabarmati Ashram and spend some time there along with Modi, who is to host a private dinner for the Chinese president at the Sabarmati Riverfront Park.

The Sabarmati riverfront is a pet project of Modi, who as Gujarat chief minister developed it on the line of the Thames river of London.

Several international mega events like kite festival, and Navratri festival have been organised at the riverfront.

As many as 150 Gujarati dishes are on the menu for the dinner, being prepared by a team of experts from different parts of Gujarat and the Taj Hotel team from Mumbai and Delhi.

In the evening, the two leaders leave for Delhi.

On Thursday, Modi and Xi would hold talks at Hyderabad House which would be followed by the inking of several agreements, including on infrastructure and railways, between the two sides.

Among the accords expected to be signed during Xi’s visit here is a sister city agreement between Ahmedabad and China’s developed Guangdong province.