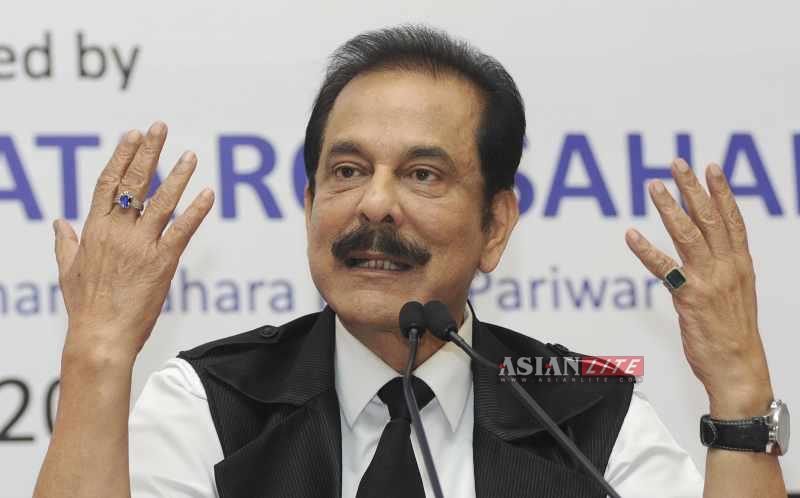 The Sahara group told the Supreme Court that it was selling its three prime properties in London and New York to raise money to secure the release of Subrata Roy and two other directors, Asian Lite, top newspaper for Indians in the UK, reported.

The court, however, asked Sahara to place before it the communication it had exchanged with the Bank of China with which these properties were mortgaged.

The three hotels in which the Sahara group would be off-loading stakes are the Grosvenor House Hotel in London and the New York Plaza and Dream New York hotels.
The court said Sahara will also inform it whether the valuation of the three hotels by an international valuer at the instance of the Bank of China has been accepted by the bank and about the total outstanding liabilities it had towards the bank that financed their purchase and with which Sahara’s shares were pledged.
The bench of Justice T.S. Thakur and Justice A.K. Sikri reserved its order on Sahara’s application seeking lifting of the embargo on its bank accounts and nine properties in different parts of the country including the mortgage of its real estate assets in the Aamby Valley project.
The court also reserved its order on Roy’s plea seeking to be placed under house arrest if he could not be granted bail.
Roy is at present in Tihar jail after the court sent him to judicial custody March 4 for not complying with the court’s Aug 31, 2012 and Dec 5, 2012, order to return the investors’ Rs.24,000 crore that Sahara’s two companies SIRECL and SHICL had raised from investors through Optionally Fully Convertible Debentures (OFCDs).
Roy’s problems were further compounded with the court saying that he along with two other directors, Ashok Roy Choudhary and Ravi Shankar Dubey, would be released only after its order of March 26 was fully complied with.
By the said order, the court said that for securing release of Roy and the others, Sahara will have to deposit with the court registry Rs.10,000 crore, of which Rs.5,000 crore would be in cash and Rs.5,000 crore in bank guarantee.
This money, the court said, would be a part payment of the investors’ money that the Securities and Exchange Board of India (SEBI) was directed to return after due verification.
As the court said Roy’s release was subject to full compliance of the March 26 order, counsel Rajiv Dhawan asked if Roy will not be released till the order is met.
“We are sorry to say that is it,” said Justice Thakur, making the court’s position clear.
Saying it was impossible to comply with the order when Roy was in incarceration, Dhawan told the court “you are really condemning us to jail till the end of the year, may be one year, two years”.
“It is astonishing. They are in jail for three months. Under contempt law, the total incarceration is of six months,” Dhawan told the court.
Dhawan submitted that unless Roy and the two other directors were released, no transaction would materialise as Roy, being the head of the group, had the last word in all business deals.
The court replied: “You are a big parivar. You have capacities not just financial but also of manpower, who can get together and generate the funds and you will be out.”
To drive home the complexity of the talks under way, Dhawan said discussions were going on with the Sultan of Brunei and the Bank of China and the same cannot move forward without Roy being actively involved in it.