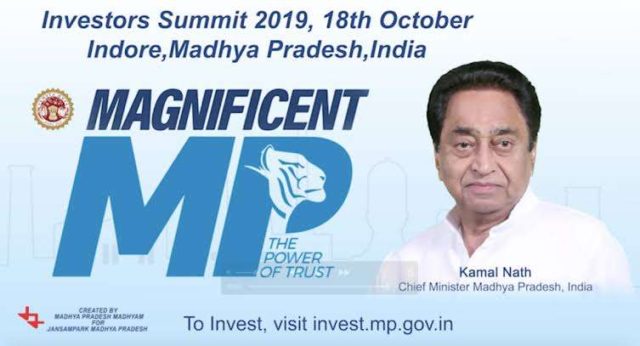 The MP government says 900 industrialists have been invited by the Department of Industry to attend the summit.  The government has claimed that an investment of 12,000 crore is already in the kitty. CM Kamal Nath says 35 major industrial houses from India and abroad including Reliance to invest Rs 12 000 crore in MP

Can Chief Minister Kamal Nath dispel the pervading cynicism over big ticket investments in Madhya Pradesh? The strike rate of the preceding government headed by Shivraj Singh Chouhan through the past 15 years had been far from satisfactory.

Apart from the smaller investment meets in the regional towns, three major summits in the commercial hub of Indore in 2012, 2014 and 2016 were held at an average cost of Rs 70 crore. The first investors’ summit after the ascent of Congress government tagged as “Magnificent MP” is being organised at Indore on Friday at a cost of about Rs 30 crore less than half the cost. Kamal Nath has promised a much higher yield.

More importantly, the government is upbeat on the prospects of employment generation through the leap in industrialisation. Questions were raised on the feasibility of the claim of 70 per cent jobs for sons of the soil. Kamal Nath says states like Kerala, Andhra and west Bengal have sought and got more from the industrialists in their states.

The government has claimed that an investment of 12,000 crore is already in the kitty.

Kamal Nath is said to have used his networking skills to get 35 major industrial houses from India and abroad including Reliance to invest Rs 12 000 crore in MP.

Unlike in the past when the government used to have all investment plans under one umbrella, the focus will be on nine core sectors this time around. Each sector will get a format tailored to its its requirement. 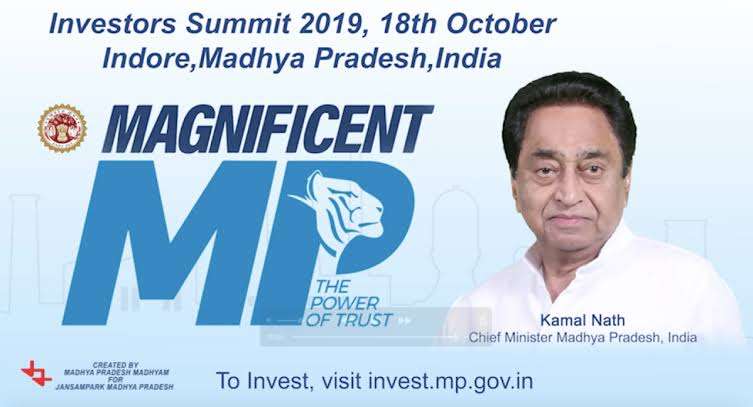 It was claimed that in excess of 6,800 proposals translating into Rs 17,50,000 crore were made during Shivraj Singh Chouhan’s chief ministership. In more than a decade, the inputs did not cross Rs 50,000-cr mark on the eve of the assembly elections in November last year.

BJP struggled to stimulate the industrial sector. The state’s share in the country’s industrial output fell from 3.6 per cent in 2003 to 3.2 per cent in 2014, data from the old GDP series showed.

Several major projects were signed during the previous global investors summits (GIS) in 2012 and 2014 but failed to materialise.

The Jaypee Group had promised an investment of Rs 35,000 crore during GIS 2014, mainly to set up a microchips manufacturing facility. The company was to invest Rs 18,000 crore through Jaiprakash Associates in the first phase but the venture has remained a non-starter.

Sahara Group had inked a deal in 2012 to invest Rs 20,000 crore but the projects failed to take off.