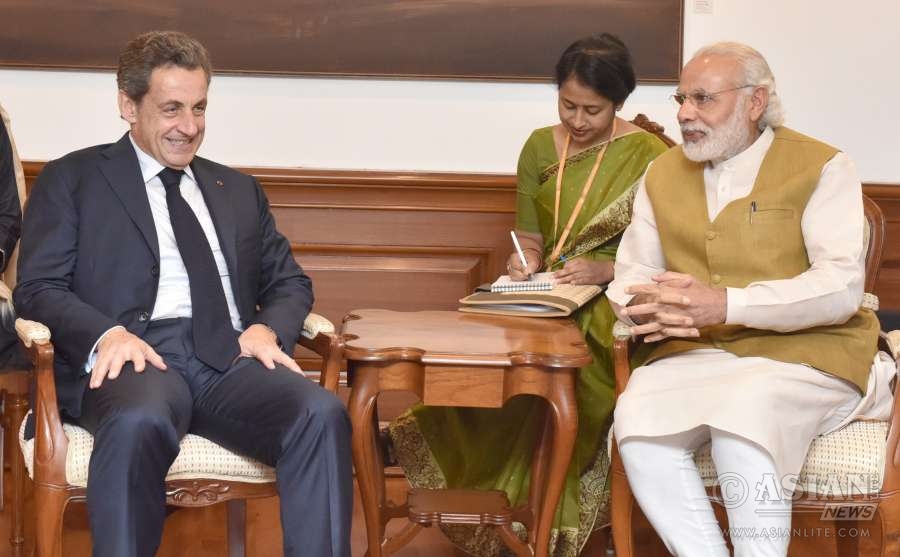 The former French President commented on the India’s ‘Make in India’ campaign. According to him, the campaign had been well appreciated in France. However, changing the name slightly to ‘Make with India’, he stated that this campaign should lead to further concrete establishments in Indo-French strategic relationships. He further highlighted that India and France have collaborated many a times in the past in the fields of space, nuclear energy, security and defence.

Mr. Harshavardhan Neotia, President FICCI & Chairman, Ambuja Neotia Group, said that, “ India, just as France and rest of EU, has to redefine the approach to growth with a firm eye on security – at the domestic, regional and global levels. . .  We see future engagement between nations being dictated by two themes: economic prosperity and global peace and security,”

France has always considered India as one of its closest allies and had backed the plea for a permanent seat in the UN council. Mr Sarkozy adds that he would however; prefer uniform voting power to all the permanent members of the UN Council.

Referring to the recent ‘Brexit issue’ he states, “The UK’s exit from the European Union (EU) could cause severe regional and global damage. The so-called “Brexit” would disrupt established trading relationships and cause major challenges for both the UK and the rest of Europe. It was time for EU to relook at its policies and consolidate its outlook.”

Discussion also comprised terrorism which has become a global evil in contemporary times. Mr. Sarkozy explains that both the countries have been victims of terrorism in large scale and thus it would need a global cooperation, consolidation and consensus to fight it.