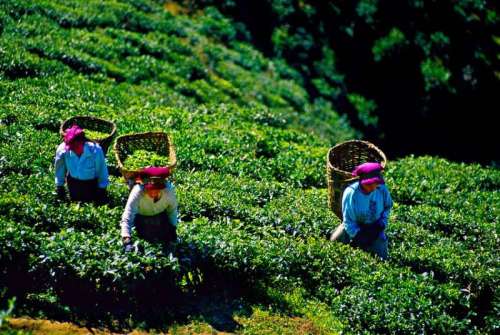 Erratic weather, scanty rains and high temperatures this summer have impacted tea production in India, as evident from 18 million kg (average) lower yield during the first six months of 2014.

“Changing weather pattern in north India, especially in the eastern states resulted in tea production declining 22 million kg first half of this year compared to same period in 2013,” an official of the commodity planters’ representative body said here.

Belated rains during June and July in south India, however, benefited its planters to produce 4.5 million kg more tea than in the like period last year as the southwest monsoon had set in late.

Production declined 7.9 percent in north India to 260 million kg in January-June this year from 283 million kg in like period last year, while it increased marginally to 121 million kg in south India from 116 million kg year ago.

On all-India level, production dipped 4.5 percent to 381 million kg in first six months of 2014 from 399 million kg in same period year ago.

“Climatic changes such as prolonged dry period and peak monsoon are not conducive for the crop intake. Fluctuating seasons, global warming and sudden changes in weather impact tea gardens as much as our lives,” United Planters Association of South India (Upasi) commodities head R. Sanjith said.

North India accounts for about 80 percent of the country’s tea production, as the area of the crop cultivation is larger and widely spread, covering 459,610 hectares as against 119,740 hectares in south India, where tea is grown mostly in Tamil Nadu in 80,460 hectares and Kerala in 37,140 hectares.

“Total production in south India for this calendar year (2014) is expected to be more or less same as last year (242 million kg), as rainfall is less, due to which tea gardens are unable to follow standard farm practices,” Sanjith noted.

The state-run Tea Board had revised the production from 2011 by bringing in organised and unorganised producers, especially in northern states, as many of them were not reporting their crop output earlier.

Of the country’s production in 2013, which was 74 million higher over 2012, main contribution (72 million kg) was from northern states for the record crop, while southern states posted marginal growth of 2.4 million kg.

“Southern states, however, have come out of low crop trap, which grappled the tea plantations over the past four years,” Sanjith said on the margins of the association’s 121st annual conference here, about 520 km from Chennai.

“Though 2014 started with a decent carry-over crop from 2013, production trends in the first seven months (January-July) indicate a lower crop due to adverse weather conditions in most of the tea-growing regions. Hence, crop worldwide is expected to be 15 million kg lower this year over 2013,” Sanjith added.