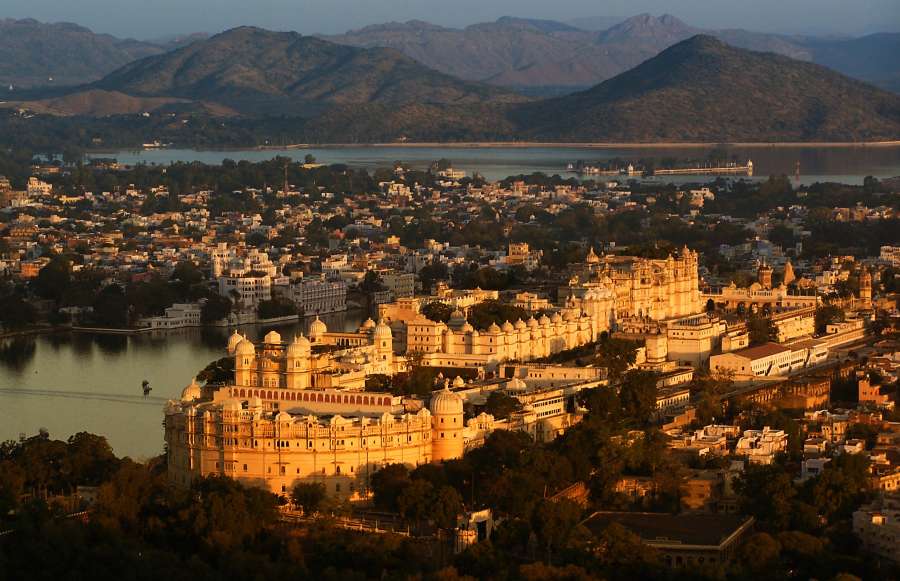 The Indian city of Udaipur has beaten scores of other international tourist hotspots to be named in the world’s top 15 cities in a new poll of tourists…..reports Asian Lite News

The heritage-city built by the Maharanas of Mewar in the 16th century ranks higher than Barcelona and is the only city in India and South Asia to make the list.

As part of the 2017 World’s Best Awards survey, readers of Travel & Leisure magazine were asked to rank the ‘best cities in the world’ based on sights and landmarks, culture, cuisine, friendliness, shopping, and overall value.

Udaipur made the final cut in 14th place, ahead of other major Indian tourist destinations including Mumbai and Delhi. Its inclusion follows past success in 2009 when Udaipur topped the same poll and was voted as the ‘best city in the world to visit’.

Known as both the City of Lakes and the Venice of the East, Udaipur occupies a stunning location on the banks of Lake Pichola in south Rajasthan. Known for its breathtaking scenery, majestic palaces, world-class museums and luxury hotels, Udaipur is steeped in history, having been home to successive generations of Maharanas of Mewar.

Shriji Arvind Singh Mewar of Udaipur is the 76th Custodian of the House of Mewar and the Chairman and Managing Trustee of Maharana of Mewar Charitable Foundation (MMCF), which manages Udaipur’s leading visitor attraction, the City Palace Museum. More than one million people passed through the museum’s 450-year-old gates in 2016, setting a new record and highlighting the success MMCF has had in promoting the Museum to domestic and international travellers.

Shriji said: “We were delighted when Udaipur was voted the world’s best city for travellers in 2009 and are immensely proud that we are continuing to represent India on the international stage. Udaipur’s unchanging character, ethos and its spirit of hospitality adds a unique dimension to its intangible heritage. Udaipur is a jewel in India’s heritage crown, highlighted by the fact that so many visitors are coming to City Palace Museum every year now to enjoy a truly authentic heritage experience.

“Udaipur is rightly seen as one of the prime tourism cities in India and the magnet for visitors remains the City Palace Museum. We are custodians of this living heritage and are continually reinvesting resources in order to revitalise the Museum and attract domestic and international visitors to our city,” he said.

Shriji acknowledged the contribution of all stakeholders in the travel and tourism industry, and dedicated the Travel & Leisure listing to every citizen of Udaipur who remains a joint custodian of its living heritage.

Shriji Arvind Singh Mewar as the 76th Custodian of the House has demonstrated his commitment, upholding the spiritual precepts as the living heritage of the House. The ambit of the Shri Eklingji Trust has grown and the Temple is now one of the most important pilgrimages of Rajasthan. In honour of Maharishi Harit Rashi, an annual award has been instituted for scholars of Vedic culture and ancient learning by the Maharana of Mewar Charitable Foundation since 1980-81.

The City Palace dates back to 1559 and has been home to 23 successive Maharanas of Mewar, the world’s oldest serving royal dynasty. The museum opened to the public for the first time in 1969 in a bid to further safeguard the area’s heritage and the time-honoured traditions of the people of Mewar, while also allowing travellers to gain a greater understanding of the region’s vast history and culture.

The City Palace Museum’s collections are vast and cover a huge variety of historical artefacts, ranging from 6th century sculptures and a superb armoury collection, through to galleries devoted to paintings, photography, textiles and costumes, music and silver. The Museum is spread over 200,000 sq ft and has state-of-the-art audio guides and apps for the discerning visitors.

No stranger to glitz and glamour, Udaipur has played host to visits by the Her Majesty Queen Elizabeth II and Jackie Kennedy (later Onassis). The city’s photogenic landscape and unique palaces and skylines led to the 1983 James Bond film Octopussy being extensively shot in Udaipur.

On account of its illustrious history and adherence to values, Mewar was considered the foremost amongst all Princely States of India. Mewar was neither the richest nor the largest of the 565 Princely States of India. In terms of sheer wealth and power, Hyderabad, Mysore, Gwalior, Bikaner and Kashmir were far greater. Yet Mewar was acknowledged as the ‘most respected’ among all Princely States. The respect for Mewar, over the centuries, was the respect for the values and principles it stood for: Honour, independence, self-reliance and a respect for Mankind. The values go back to Vedic times: these are not ‘Indian’ values, as we understand the word ‘Indian’ today. These are ancient values and principles.