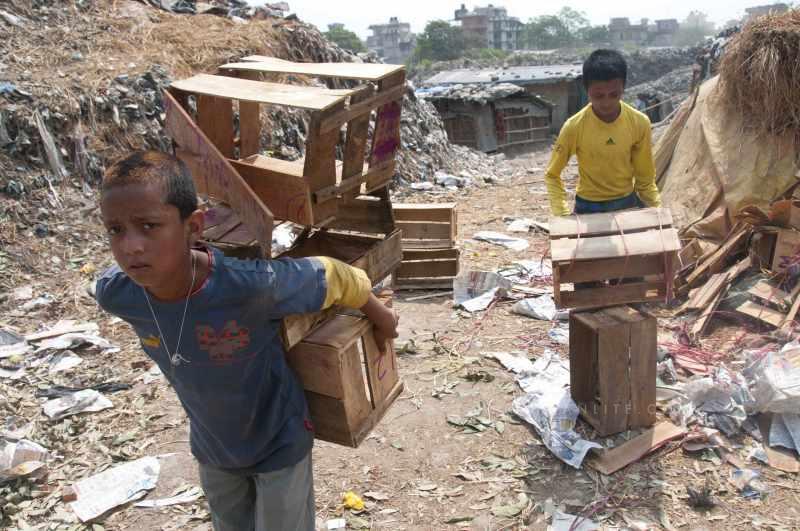 Saying that forced labour constitutes India’s largest trafficking problem, the US State Department on Monday placed it in the second best category of Tier 2 countries for the fifth year in a row….reports Arun Kumar in  Washington

“India is a source, destination, and transit country for men, women, and children subjected to forced labour and sex trafficking,” it said in the Congressionally mandated Trafficking in Persons Report 2015.

Tier 2 ranking is given to countries that do not fully comply with the US Trafficking Victims Protection Act’s (TVPA) minimum standards, but were making significant efforts to bring themselves into compliance with those standards.

“Ninety percent of India’s trafficking problem is internal, and those from the most disadvantaged social strata — lowest caste Dalits, members of tribal communities, religious minorities, and women and girls from excluded groups — are most vulnerable,” it said.

Trafficking within India continues to rise due to increased mobility and growth in industries utilising forced labour, said the report released by Secretary of State John Kerry.

Highlighting the hidden risks that workers may encounter when seeking employment, he said: “This year’s report places a special emphasis on human trafficking in the global marketplace.”

In India, the report said thousands of unregulated work placement agencies reportedly lure adults and children for sex trafficking or forced labour, including domestic servitude, under false promises of employment.

Children, reportedly as young as six, are forcibly removed from their families and used by terrorist groups such as Maoists in Bihar, Chhattisgarh, Jharkhand, Maharashtra, West Bengal, and Odisha to act as spies and couriers, plant improvised explosive devices, and fight against the government, the report said.

Boys from Bihar are subjected to forced labour in embroidery factories in Nepal, it said.

Experts estimate millions of women and children are victims of sex trafficking in India.

A large number of Nepali, Afghan, and Bangladeshi females — the majority of whom are children — and women and girls from Asia and Eurasia are also subjected to sex trafficking in India, the report said.

Prime destinations for female trafficking victims include Kolkata, Mumbai, Delhi, Gujarat, and along the India-Nepal border.

Traffickers pose as matchmakers, arranging sham marriages within India or to Gulf states, and then subject women and girls to sex trafficking, the report said.

The report recommends that India cease the penalisation of trafficking victims, including restrictions on their travel and increase prosecutions and convictions for all forms of trafficking, including bonded labour, respecting due process.

India should also increase prosecutions of officials allegedly complicit in trafficking, and convict and punish those found guilty, it said.

The report recommended that India should also provide anti-trafficking training or guidance for diplomatic personnel to prevent their engagement or facilitation of trafficking crimes.