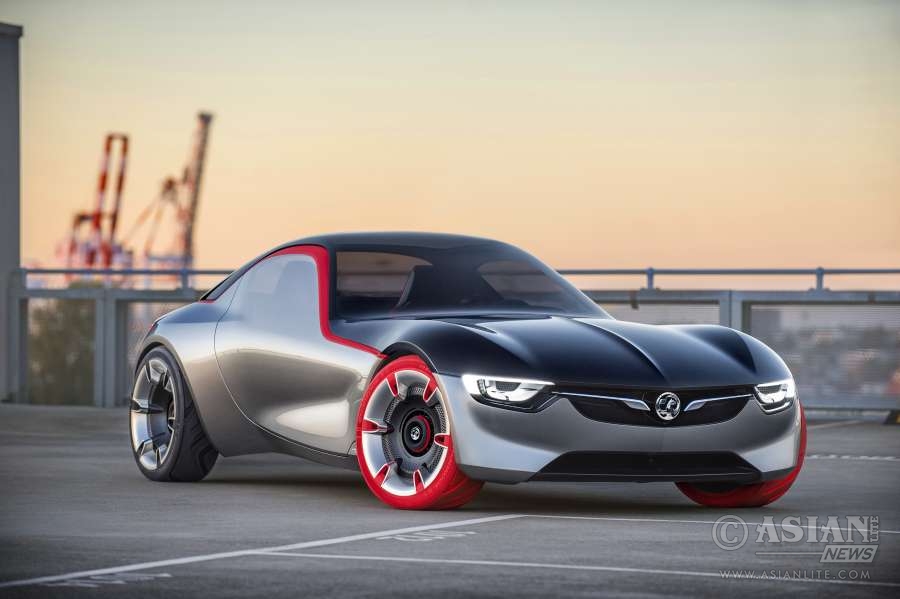 Vauxhall and Opel will reveal their vision of the future sports car with the GT Concept at this year’s Geneva International Motorshow (March 3-13).Purebred concept receives world premiere at Geneva Motorshow 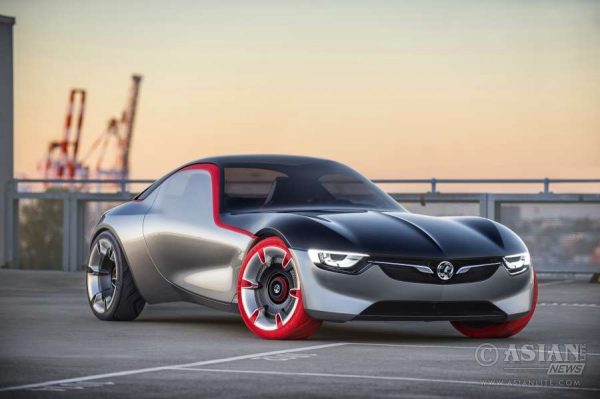 The GT Concept is forward-thinking, encapsulating Brit designer Mark Adams’ philosophy of ‘Sculptural Artistry meets Technical Precision.’ Its name mirrors that of the 1964 GT Concept, the first styling model to be produced by the nascent Vauxhall Design & Engineering Centre in Luton which opened the same year.

But importantly, it pays homage to two significant motor show cars: the 1966 Vauxhall XVR and the 1965 Opel Experimental GT, the first true concept vehicles to appear from the design houses of a European manufacturer. The 2016 GT Concept is also a logical step on from the innovative and beautiful Monza concept from 2013. 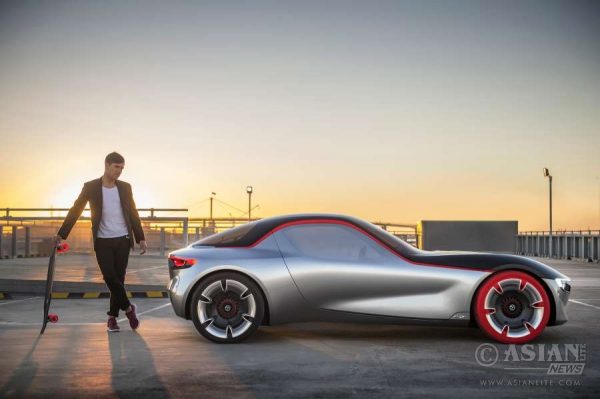 ‘We created the GT Concept to capture the bold, emotional spirit of both the Vauxhall and Opel brands,’ said Mark Adams, Vice President, Design Europe. ‘It is dramatic, sculptural and full of innovations, which is our great tradition that we intend to continue. In the mid-Sixties, Vauxhall and Opel created their own interpretations of a light-weight sports car – the XVR and the Experimental GT – both of which were thoroughly modern with dynamic sculptural forms. It’s certainly difficult to reinvent iconic concepts like these, but just as each was avant-garde back then, so too is this GT Concept today – absolutely pure, minimalistic, yet bold and uncompromising. This coupe impressively demonstrates the continuous development of our design philosophy.’

A key innovation of the GT Concept is its large doors with integrated side windows that show a seamless transition from glass to painted surfaces. Both driver and front passenger gain access to the spacious interior after pressing a touchpad for the electric doors that is integrated in the red signature line of the roof. The doors cleverly open into the front arches, using a space-saving and patented mounting that allows a large opening angle for tight parking spaces in urban areas. Two cameras mounted behind the wheel arches offer enhanced visibility, especially in city driving. They transmit their images to two monitors on the left- and right-hand side of the cabin, rendering external mirrors obsolete. The windscreen flows into a glass panorama roof, affording occupants a similar experience to that of a targa-topped car. 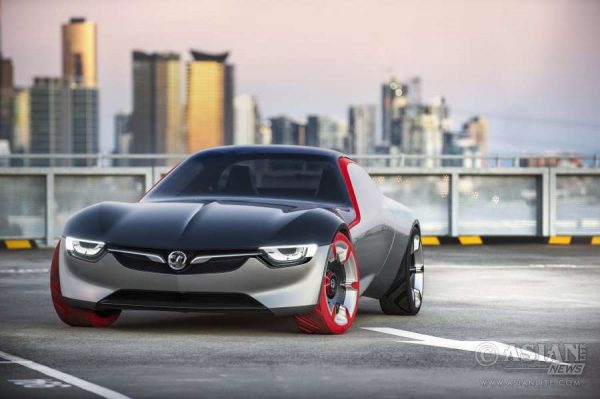 Vauxhall’s Chairman and Managing Director, Rory Harvey, summarised what the GT Concept meant to both brands: ‘It shows what Vauxhall and Opel stand for now – ambitious and confident brands that are not frightened to innovate.’

‘GT Concept’ was the name given to a remarkably prescient and rakish, full-sized styling model, the first of its kind from Vauxhall’s new-for-1964, £2.25m Design & Engineering Centre in Luton, which became the leading centre of its kind in the UK for the next two decades. But two years later it was a radical show-car that really put the Centre on the map.

‘Uncompromising in its styling treatment, the XVR shows the future trend in world automotive design’, said Vauxhall’s Director of Design, David Jones, when he revealed the Luton company’s radical concept at the Geneva Motorshow in 1966.

Built to showcase Vauxhall’s design innovation and autonomy in the mid-Sixties, the XVR project was managed by the legendary Wayne Cherry at Luton. Inspired by parent company GM’s work with concepts in the US – including the ‘65 Mako Shark II – the XVR (Xperimental Vauxhall Research) had a simple purity of line, gull-wing doors forming a unique split windscreen, a clam-shell bonnet and pop-up headlights. Three cars were built, including a 100mph driveable vehicle with a pre-production 2.0-litre engine producing 100bhp. And while the car never reached production, design cues like the ultra-slim rear lights could later be seen in Vauxhall’s Viva HC and Firenza models.

Opel’s Experimental GT, however, did become a production reality. First shown at the Frankfurt Motor Show in 1965, it broke the mould for European concept cars. A sleek and low-slung coupe, the Experimental GT was the product of Opel’s new-for-1964 design centre in Rüsselsheim. Like today’s GT Concept, it eschewed unnecessary decoration and made the ‘design statement’ that its creator, Erhard Schnell, was keen to achieve. Three years later, the Opel GT was a production reality.

Fifty years later, the GT Concept once again showcases Vauxhall and Opel’s pioneering spirits. Reinforcing its appeal to driving enthusiasts, the car has a red signature line that splits the vehicle body horizontally and proportions it. The distinctive red tyres – mounted on rims with a ‘roller-skate’ design – are a reference to an iconic Opel motorbike from the 1920s – the Motoclub 500 – which sported red-coloured rubber. And while the long bonnet, central dual exhausts and lack of a boot-lid are all shared with both the Vauxhall XVR and Opel Experimental GT, today’s GT Concept is unashamedly forward-thinking, with no retro references.

The GT Concept’s front-mid engine configuration keeps the car’s centre of gravity low and central for excellent dynamics. Beneath its stretched bonnet is a powerful 1.0-litre, three-cylinder turbocharged engine, based on the all-aluminium unit used in the ADAM, Corsa and Astra. Developing 145PS and maximum torque of 205Nm, the engine delivers drive to the rear wheels, via a six-speed sequential transmission operated by steering-wheel mounted paddle shift. Weighing under 1000kgs, the GT Concept accelerates from 0-62mph in less than eight seconds and on to a maximum speed of 134mph.

Another unique feature of the GT Concept is its integrated headlamp/indicator units. Using ultra-modern projection technology, the lights have a three-dimensional beam which allows glare-free high-beam driving. Based on Vauxhall/Opel’s award-winning IntelliLux LED matrix lighting, first seen in the recently launched Astra, the GT Concept sees the intelligent lighting system’s next stage of development. The design of the lights is completed by the three-dimensional design of the tail lamps.