Jagmohan Dalmiya has seen it all. Pushing 75, the comeback man of the Indian cricket board now has little aspiration or drive to grapple with issues confronting the game. Circumstances conspired to put him in the saddle a decade after he was unceremoniously booted out by his detractors.

It is a different matter that the men who got together to throw Dalmiya out did not take long to fall out in the ambitions consuming them. Strangely, none of them could stop him from becoming the first man to get a second term as president, thanks to the amendment brought in by erstwhile president Narayanaswamy Srinivasan to perpetuate his hegemony in the board.

Just imagine, the board that hounded him out charging him with mismanagement and financial irregularities, bailed him out in the realignment of forces, dropped some charges while the courts rejecting some others.

Now, Dalmiya sees it as a post-retirement perquisite without having to do much. He is physically weak and mentally not alert. His two interviews recently make it clear that he has no opinion on any issue confronting Indian cricket. His replies to most questions that beg serious answers is escapist, that he doesn’t want to get into trouble and wants to live peacefully.

On Rajeev Shukla’s return as chairman of the Indian Premier League (IPL) Governing Council chairman after he quit in the wake of charges of spot-fixing, Dalmiya had a frightened response: Don’t involve me in these, let’s talk other things. He didn’t want to say that it was the decision of Arun Jaitley, not his. He knows that with a little luck Shukla would have been a compromise candidate for president’s post but for the government’s refusal to back him.

Dalmiya harps on the vague 12-point Operation Clean-up IPL note he had come up with in 2013 when he was interim president after Srinivasan was forced to step aside. Now he has an excuse not to discuss it, citing the Supreme Court-ordered investigation.

What about Duncan Fletcher’s successor as India’s coach? He doesn’t want to disclose anything, he will reveal after a fortnight.

This is not the way an effective board chief has to function. He has to be hands-on even though the secretary has to deal with day-to-day functioning. Both Dalmiya, in the past, and during Srinivasan’s highly confrontationist regime every piece of paper had to go through the president’s office.

This is not the Dalmiya one encountered at the height of his power. Even in those years as secretary, president of the International Cricket Council (ICC) and as board president, he was forthright and ruthless.

His man management and numbers when it came to board coffers or TV rights, he was on a familiar turf. He still talks like a broken record how he brought money into Indian board, not naming the other contributor, buddy-turned-foe-turned-buddy Inderjit Singh Bindra.

But Dalmiya had always been a reluctant interviewee for fear of kicking up a controversy by spilling the beans. During his first stint as board president he had a well-drilled support staff comprising a cricket-mad bureaucrat and a journalist and they prepared him well in dealing with media. Now his son does it and he apparently speaks for his father.

Under the circumstances, the new board secretary Anurag Thakur acquires enormous power just as a much younger Dalmiya wielded when he was in the same position some two decades ago. Thakur may have missed out becoming a minister in Narendra Modi’s Union Cabinet, but he can now swish his whip using his political backing.

Dalmiya now has a single point agenda, promoting Saurav Ganguly. He thinks the former India captain can turn things around in Indian cricket just as he did with the team. He is, perhaps, right.

Yes, Ganguly can do wonders, but like Ravi Shastri and Sunil Gavaskar he has a conflict of interest. He has to choose between his highly endearing media work and cricket administration, unless he is happy to be a figure-head chairman of board’s technical committee like Gavaskar was for a number of years.

The day is not far off when the board’s administration is in the hands of the Gangulys, Kumbles, Dravids and Laxmans. If only Sachin Tendulkar also steps in as a key official in the board, Indian cricket certainly can see bahut acche din. 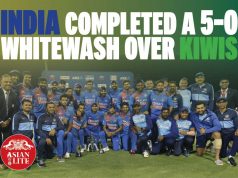 India completed a 5-0 whitewash over Kiwis 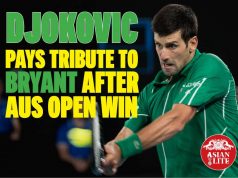