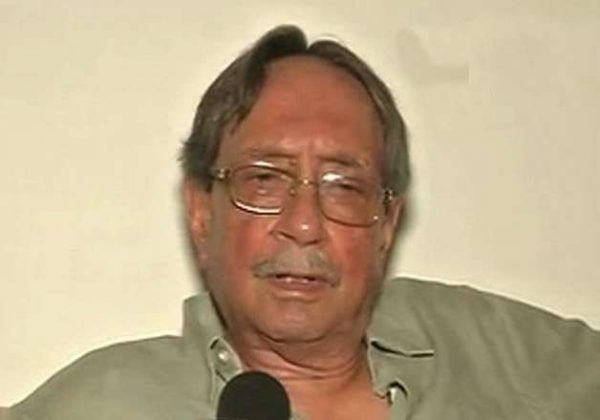 He has been a top spy whose claims the separatists in Kashmir could have dismissed as malicious and motivated. Though most politicians claim former RAW chief A.S Dulat’s disclosures are “selective to favour his long-time friend Farooq Abdullah”, surprisingly, not many believe he has lied on facts.

Dulat has made these disclosures in his book “Kashmir: The Vajpayee Years” and ruffled many a feather by sharing some startling undercover intelligence dealings with both the separatists and the nationalists here.

Save for sex and sleaze, his account has all the trappings of a James Bond thriller.

Ever since he was posted in Kashmir in late 1980s initially as an Intelligence Bureau operative, Dulat has had a roller coaster ride, dining and wining (as he claims) with both mainstream and separatist politicians, and encourages one to believe that both sections shared their fears and hopes more freely with the spies of New Delhi than they did with their wives.

Beyond this hyperbole which could be granted to someone who engaged himself more with undercover operations than his family’s welfare, Dulat, while making a clean breast, has put Kashmiri politicians in a tight spot.

Calling former chief minister, Dr. Farooq Abdullah, who is deemed more a wronged hero of a Greek tragedy than as a practical politician, the “ultimate nationalist” reveals his respect for the National Conference patron which is more than expected from a trained spy.

Describing the use of bribe as “a more ethical option than killing a militant” is something Kashmiri politicians will debate for long while trashing Dulat’s disclosures publicly yet privately blaming each other for proximity to Delhi’s chief cashier who claims money was doled out to all right since the days of the legendary Sheikh Muhammad Abdullah.

One fact that is known is that New Delhi pays for treatment of senior separatist leaders and nobody has rebutted Dulat on this so far.

That Hizbul Mujahideen chief Syed Salahuddin’s son, who is bright academically, made it to the MBBS course through open merit competition is also known to all in Kashmir. Yes, Salahuddin must have been concerned about his son being allotted a medical college in Jammu, but that he directly approached IB’s joint director in Srinagar for a change has been denied by the Hizbul chief.

It now remains Dulat’s word against Salahuddin but what has seriously jolted everybody here is that Vajpayee did not favour Mufti Sayeed as chief minister in 2002.

It is widely believed in the state’s public and political circles that not only had the Mufti been Vajpayee’s hot favourite in 2002 and even thereafter, but the PDP’s entire healing touch policy of the PDP owes itself to his doctrine of “Insaaniyat, Kashmiriyat aur Jamhooriyat”.

In fact, Sayeed has been repeating himself that the only way forward in Kashmir is through implementation of Vajpayee’s vision, as Dulat admitted on a TV talk show on Saturday.

Presuming that he would continue to champion Vajpayee’s statesmanship on Kashmir because he doesn’t know that he opposed his chief ministership and blamed his daughter of proximity to separatist gunmen would be saying that the wily, old Mufti is political naive – a stand Dulat will find impossible to sell.

What is intriguing is not that the separatist leaders’ air tickets and hotel rooms in Delhi and outside were paid by the IB, but the fact that they shared things against each other with New Delhi’s spies.

Even more intriguing is the fact that while the poor stone-pelting protesters and policemen and paramilitary personnel have been sending each other to hospitals with grievous and often fatal injuries, the separatists have been feasting with officials of the Indian intelligence agencies.

This is one revelation that has already created a stir and Dulat may be the only former top spy who seems to be on the job even after retirement.