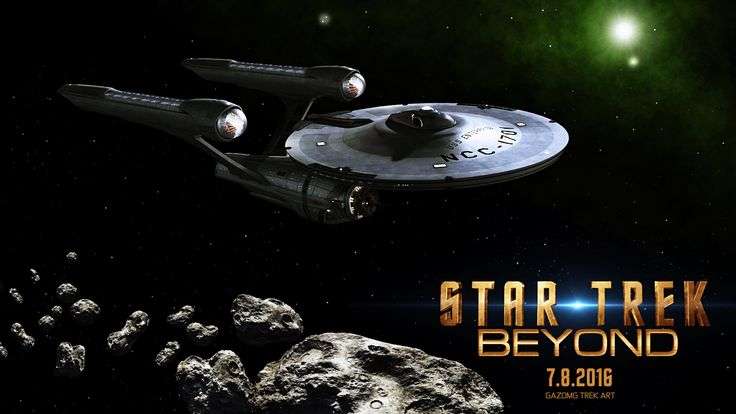 This is the third instalment of the 2009 rebooted “Star Trek” series after “Star Trek” and “Star Trek Into Darkness”. It surely evokes a mixed reaction.

For Trekkers — fans of the voyages of starship USS Enterprise, this is an exciting and entertaining film that brings back vibes of the original series and also features a formidable villain. But detractors would term this film as another safe, self-indulgent sequel with not much digression to the plot or scheme of events.

In this edition of the continuing intergalactic adventures of starship USS Enterprise, Captain Kirk, along with his team, after three years into their five-year deep-space voyage, have docked at Starbase Yorktown, a densely populated space colony, for resupply.

Here they meet Kalara (Lydia Wilson), who claims that the ship she was skippering in a nearby nebula was attacked and destroyed. The Enterprise, headed by Captain Kirk along with his crew, is dispatched to investigate. When they reach the nebula, the Enterprise is ambushed by Krall (Idris Elba), an alien warlord, who threatens to destroy the Galaxy and peace in the United Federation of Planets.

How Captain Kirk and his team fight Krall forms the crux of the tale.

The script, written by Simon Pegg, who is seen onscreen as engineer Montgomery Scott, and Doug Jung based on “Star Trek”, created by Gene Roddenberry, is engaging. It pays ode to the original vision of the utopian fantasy.

The plot is straight forward and the action in the adventures shuttles between mediocre to average. Humour in form of subtle dialogues is few and far between, which helps break the monotony of what would have otherwise been a boring affair.

What make the film interesting are the characters. And, the writers have done a good job by investing in the finer nuances of the individual character traits, which elevates the viewing experience.

This is especially noticed during the communication between Commander Spock (Zachary Quinto) and Lieutenant Nyota Uhura (Zoe Saldana) when they end their romantic relationship; Lieutenant Hikaru Sulu (John Cho) and his partner when they reunite along with their little child at Yorktown; Captain Kirk and Chekov (Anton Yelchin) when they find themselves together when the Enterprise crashlands on a remote planet; Bones (Karl Urban) and Spock when they are separated from everyone else; and also when Scotty (Simon Pegg) agrees to help Jaylah (Sofia Boutella), a striped alien, who escapes Krall’s wrath and is also stranded on the same planet.

These interactions are fun to watch.

On the performance front, every actor plays his/her part to perfection. But it is actually touching to note Anton Yelchin, who plays the young Chekov, in one of his final screen appearances before his untimely death last month at the age of 27. His scenes acquire added poignancy.

On the technical front, director Justin Lin’s fast-paced direction is well-boosted by visuals from his ace cinematographer Stephen F. Windon, with whom he has been collaborating since his “Fast & Furious” days. Windon’s action frames seamlessly merge with sharp and brilliantly visualised computer generated special effects which are adroitly layered by the four editors, who streamlined the narrative.

Overall, this film is like watching a big budget film of the original television series.