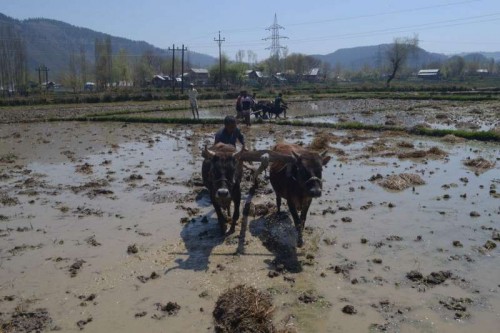 The diktat to make it mandatory for domestic fertiliser producers to ‘neem-coat’ at least 75 percent of their urea production would qualify as one of the most holistic decisions ever taken by any Indian government.

Beyond the economic calculations of a Rs.6,500-crore saving in subsidy outgo and checking pilferage, the move will have far-reaching ramifications, the biggest of it all being its impact on the soil health and environment.

Since the Green Revolution in the 60s, India resorted to heavy use of chemical-based fertiliser. This is not only ruining the soil but also creating major health and environmental hazards.

Only 30-40 percent of nitrogen from urea is absorbed by crops. The rest gets degraded into the environment as the soil fails to retain it because of certain bacteria. Scientific research has proved that some constituents of neem can inhibit this premature nitrogen release. Traditionally, Indian farmers have used neem to good effect by mixing it with urea in some form or the other.

The new regime will check the excessive use of fertiliser as higher retention will mean that less (around 20 percent) neem-coated urea is required as compared to ordinary urea. Neem-coated urea will also work as insecticide. It is estimated that the shift will boost the yield by about 20 percent as crop will get sufficient supply of nitrogen, which is vital for the development of plants.

It’s a win-win proposition. Interestingly, previous governments had adopted a diametrically opposite stance. Instead of encouraging it, there was a cap of 35 percent on the production of neem-coated urea against the wishes of the industry. No logic, apart from cartelisation and vested calculations, justifies such a blinkered policy.

The Narendra Modi government has shown a holistic vision by not only removing the cap but also making it mandatory to neem-coat at least 75 percent of total production. It’s expected that by next year, the entire domestic production will be neem-coated.

More than the specifics, the move signals a vision towards organic farming, which is the need of the hour. Excessive use of chemicals is not only killing the soil and adversely affecting food security but also slow-poisoning the population. Because of chemical farming, food production of the country has become fatally contaminated.

This is responsible for the alarming rise in incidences of cancer and other life-threatening diseases. Food which is supposed to be the source of sustenance and promotes wellness has today become the main source of illness.

This is the reason behind spiritual gurus like Sri Sri Ravi Shankar putting their intense focus on chemical-free farming. The Art of Living, for example, organises innovative agricultural workshops aimed at reviving and promoting ancient agricultural techniques. It has pioneered the concept of ‘Zero Budget Natural Farming’ which promotes indigenous techniques that ensure higher yields with lesser investment.

Like neem, there are numerous other indigenous and proven options for natural farming and chemical-free farming. The farmers who have turned to indigenous knowledge of natural farming are not only witnessing tremendous improvement in soil fertility but also prospering economically. Higher income is supplemented by lesser investment, thus helping them beat the debt trap of high-interest loans.

That’s why this low-profile move of the government is a powerful manure to propel the overall health of the nation!