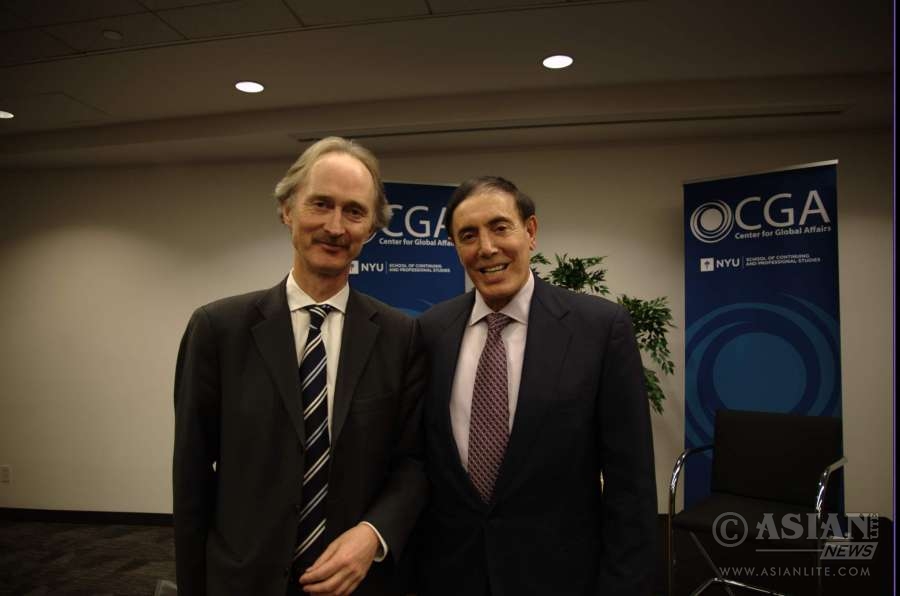 Dr Alon Ben-Meir writes on the ongoing Syrian Crisis and gives his inputs on the future of the Syrian Administration. . . . analyzes Subhadrika Sen

Dr Alon Ben –Meir is a professor in the University of New York. His specialisations include International Relations and Middle East. He has many essays, articles and journals to his credit, the latest being titled as ‘How Syria was swept by the Merchants of Death?’

In this essay, Dr Ben –Meir has tried to have a closer look at the scenario haunting Syria in contemporary international politics and has tried to provide certain solutions to the ongoing problem.

He begins by reiterating that the peace treaties that were signed after the World War II was signed looking at the atrocities of the situation. Countless people lost their lives, many became homeless and orphaned, properties were destroyed and large scale psychological turbulence took place after the World War II. Thus, peace was declared with lots of hope that such atrocities would never be repeated again in this world. But this hard earned peace was short lived and soon after, due to political and cultural clashes countries like Rwanda and Bosnia was pillaged and violence took the form of mass genocide.

In 2016, Syria is facing the same conditions that the above mentioned countries had faced a few years earlier. The number of deaths is increasing on a daily basis and those injured have even alarming statistics. Thousands have become refugees and homeless and are either fighting back their fate or waiting to be consumed by death. The foremost reason of such a massacre is the clashing of internal politics and vested interests. Today, politics has become more valuable than human lives. The condition of the people in Syria is described nothing less than a nightmare. It is an endless nightmare and people can only have patience for it to end or for their lives to end.

Dr Ben-Meir goes on by saying that this is the apt time for the International Community to act. If the community sits quietly now, then it would be a defeat of humanity, it would be the defeat of the purpose of politics and administration which is to look after the welfare of the people and not to drive people towards their end.  He explains that even if the violence in Syria is stopped, the responsibility of the world leaders and the leaders of Syria does not stop. In reality it only begins where violence ends, for it is the time to stabilise the situation in Syria.

Here, he mentions few solutions that could work out if implemented properly. Such stabilisation would not come easy and overnight. The leaders and the people would have to bear with patience and strive towards a stable government and a stable country in the future. He states the following points:

First, the formulation of a representative and accountable government which would provide for the basic necessities of the citizens. Second, rebuilding the infrastructure of the state by strengthening the military, internal security, intelligence and bureaucracy. Here, it must also be made sure that each of these services respect and coordinate with each other in order to run the government smoothly. Third, he explains that Western Political Influences cannot be forced in the new Government. Thus, he sees no requirement of a new Constitution. He states the examples of Libya, Egypt and Iraq which had disastrous consequences while trying to implement Western Values in their Government. Fourth, he suggests that time be given for the ethnic groups to coordinate and collaborate with each other. Fifth, destruction of the ISIS is indeed required for world peace as well as for a stabilised future of Syria. Sixth, the Shiite and Sunni conflict must be resolved and the status quo should be brought the way it used to be before the Iraq War.

Dr Ben-Meir recognises that these changes cannot be brought in overnight but suggests that one can at least strive to implement some of the above stated points to bring peace in Syria and relieve it from its enduring pain. He further states that if the International Community fails in its strategies then it would be a defeat of international order, civility and morality.

To conclude, it is pointed out that if the Syrian crisis is not resolved soon enough then the entire world might face further political eruptions in the future and most importantly provide a very bleak prospect of a global community and politics to the next generation.