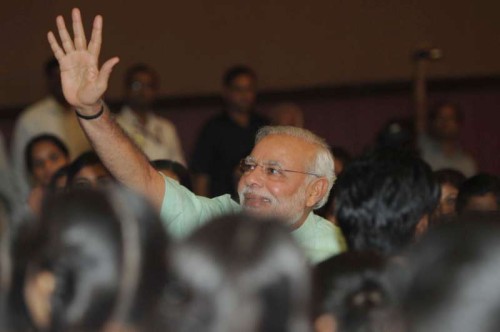 What these results show is that there is no final word in politics. It is possible for an apparently overpowering political tide to retreat, and for parties like the Congress and the SP, which appeared to be down and out, to make a comeback, perhaps to their own surprise.

The Congress will be delighted because it has shown that despite the bickering at the top between what Rahul Gandhi calls “multiple voices”, there is still life in the 128-year-old party. Evidently, at the ground level, the party does have leaders and followers who can benefit from the BJP’s missteps.

The SP’s rejuvenation, too, will be a matter of considerable satisfaction to the party considering how its poor record of governance under a young and inexperienced chief minister has long been held against it. Yet, if the voters have chosen to forgive him, the reason probably is the BJP’s and the Sangh parivar’s flirting with a communal agenda which held up the unnerving prospect of continuing tension and violence.

However, the saffron activists do not seem to care whether their divisive tactics will add to the BJP’s discomfort. As much is clear from the Vishwa Hindu Parishad’s (VHP) decision to play the so-called “love jehad” card during the run-up to the Maharashtra elections although the Shiv Sena has been emboldened by its ally’s problems to drive a hard bargain in the matter of seat-sharing.

Besides, the VHP’s decision flies in the face of the fact that there is apparently no unanimity in the Hindutva camp about the utility of the provocative campaign. For instance, while a BJP netizen has said that the lives of thousands of Hindu girls have been “ruined” by love jehad, Union Home Minister Rajnath Singh feigned ignorance about the very term.

Clearly, these conflicting views are being expressed because the BJP has been unable to make up its mind on the line it wants to follow – whether that of development, as desired by Narendra Modi, or of advancing towards the goal of a Hindu rashtra (nation). It is this dithering which is largely responsible for its poor electoral showing.

There is little doubt that much of the confusion has arisen because the prime minister has taken an unconscionably long time to react to the party’s and the parivar’s venomous utterances. And, when he finally spoke his mind, it was primarily to an international audience via the CNN.

Although the Indian media lost no time to pick up the key points in his interview, one has to wait and see how the hotheads respond to Modi’s praise for the Indian Muslim, who has long been the bête noire of the saffron brotherhood.

There is little doubt, however, that if he had spoken a few months earlier, the BJP would have been spared the electoral setbacks which started in Uttarakhand in July, continued in Bihar in August and have now hit the party in UP, Rajasthan and Gujarat.

It isn’t only the inherent communal slant of the parivar which have let down the BJP. What has also undermined its prospects is a sense of disillusionment among the PM’s supporters, whose expectation that the promised achhe din or good days are in the offing have been belied.

The increase in the growth rate to 5.7 percent after two years of stagnation in the twilight period of the Manmohan Singh government, and the announcements of large inflows of foreign funds, have aroused middle class hopes. But, it is also patent enough that the investments will not fructify in an atmosphere of communal bitterness.

Unless the hardliners are reined in, the BJP’s electoral prospects will remain dim.

Already, the unpropitious signs are visible. For instance, the setbacks are likely to prevent the BJP from trying to supplant the Shiv Sena to become the first party in the saffron alliance in Maharashtra with a claim to the chief minister’s post.

Although the Shiv Sena-BJP combine is likely to win, it will not be as comfortable a victory as the two may have earlier believed because even the fractious Congress-Nationalist Congress Party alliance has undoubtedly received a boost from the by-election results. 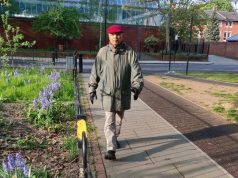 ‘Coronavirus takes me back to India of my youth’ 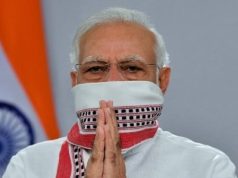 AC ERA: What India Needs to Do to Seize the Moment? 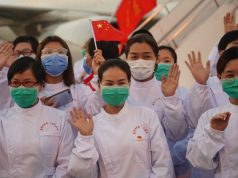