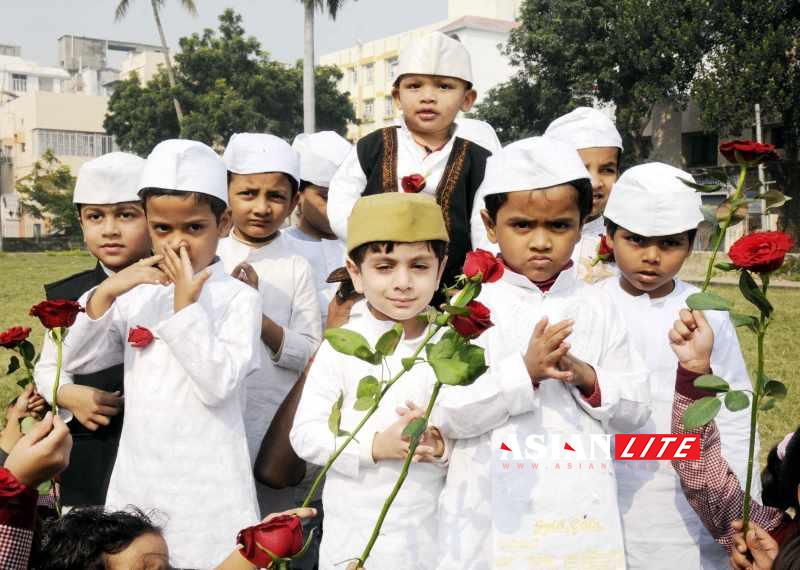 In January 1889, or so the story goes, Motilal Nehru, a 27-year-old lawyer from Allahabad, travelled to the Hindu holy town of Rishikesh, weighed down by personal tragedy. Married as a teenager, in keeping with custom, he had soon been widowed, losing both his wife and his first-born son in childbirth. In due course he had married again, an exquisitely beautiful woman named Swarup Rani Kaul.

She soon blessed him with another son – but the boy died in infancy. Motilal’s own brother Nandlal Nehru then died at the age of 42, leaving Motilal the care of his widow and seven children. The burden was one he was prepared to bear, but he desperately sought the compensatory joy of a son of his own. This, it seemed, was not to be.

Motilal and his two companions, young Brahmins of his acquaintance, visited a famous yogi renowned for the austerities he practised while living on a tree. In the bitter cold of winter, the yogi undertook various penances which, it was said, gave him great powers. One of the travellers, Pandit Madan Mohan Malaviya, informed the yogi that Motilal’s greatest desire in life was to have a son. The yogi asked Motilal to step forward, looked at him long and hard, and shook his head sadly: “you,” he declared, “will not have a son. It is not in your destiny.”

As a despairing Motilal stood crestfallen before him, the other man, the learned Pandit Din Dayal Shastri, argued respectfully with the yogi. The ancient Hindu shastras, he said, made it clear that there was nothing irreversible about such a fate; a great karmayogi like him could simply grant the unfortunate man a boon. Thus challenged, the yogi looked at the young men before him, and finally sighed. He reached into his brass pitcher and sprinkled water from it three times on to the would-be father. Motilal began to express his gratitude, but the yogi cut him short. “By doing this,” the yogi breathed, “I have sacrificed all the benefits of all the austerities I have conducted over many generations.”

The next day, as legend has it, the yogi passed away.

Ten months later, at 11:30 p.m. on Nov 14, 1889, Motilal Nehru’s wife Swarup Rani gave birth to a healthy baby boy. He was named Jawaharlal (“precious jewel”), and he would grow up to be one of the most remarkable men of the 20th century.

Jawaharlal Nehru himself always disavowed the story as apocryphal, though it was attributed by many to two of the protagonists themselves – Motilal and Malaviya. Since neither left a first-hand account of the episode, the veracity of the tale can never be satisfactorily determined. Great men are often ascribed remarkable beginnings and, at the peak of Jawaharlal Nehru’s career, there were many willing to promote a supernatural explanation for his greatness. His father, certainly, saw him from a very early age as a child of destiny, one made for extraordinary success; but as a rationalist himself, Motilal is unlikely to have based his faith in his son on a yogi’s blessing.

The child himself was slow to reveal any signs of potential greatness. He was the kind of student usually referred to as “indifferent”. And yet his impact on our country was so great that I chose to title my 2003 biography of him “Nehru: The Invention of India”.

For the first 17 years of India’s independence, the paradox-ridden Jawaharlal Nehru – a moody, idealist intellectual who felt an almost mystical empathy with the toiling peasant masses; an aristocrat, accustomed to privilege, who had passionate socialist convictions; an Anglicized product of Harrow and Cambridge who spent over 10 years in British jails; an agnostic radical who became an unlikely protégé of the saintly Mahatma Gandhi – was India.

Upon the Mahatma’s assassination, Nehru became the keeper of the national flame, the most visible embodiment of India’s struggle for freedom. Incorruptible, visionary, ecumenical, a politician above politics, Nehru’s stature was so great that the country he led seemed inconceivable without him. A year before his death a leading American journalist, Welles Hangen, published a book entitled “After Nehru, Who?” The unspoken question around the world was: “After Nehru, what?”

Today, exactly half a century after his death, we have something of an answer to the latter question. As an India till recently clad in the trappings of Nehruvianism steps out into the brave new world of a government led by a man who rejects everything Nehru stood for, a good deal of Jawaharlal Nehru’s legacy appears both intact and contested. India has moved away from much of Nehru’s beliefs, and so (in different ways) has the rest of the developing world for which Nehruvianism once spoke. A transformation – still incomplete – has taken place that, in its essentials, has changed the basic Nehruvian assumptions of post-colonial nationhood.

Today, on the 50th anniversary of his death, many of us recall a heroic fighter for independence, an unchallengeable prime minister and peerless global statesman; others reduce him to the symbol of a party rejected at the polls. The principal pillars of Nehru’s legacy to India were democratic institution-building, staunch pan-Indian secularism, socialist economics at home and a foreign policy of non-alignment – all of which were integral to a vision of Indianness that is fundamentally challenged today.

The very term “Indian” was imbued with such meaning by Nehru that it is impossible to use it without acknowledging a debt: our passports incarnate his ideals. Jawaharlal Nehru’s impact on India is too great not to be re-examined periodically. His legacy is ours, whether we agree with everything he stood for or not. What we are today as Indians, both for good and for ill, we owe in great measure to one man. That is why his story is not simply history.