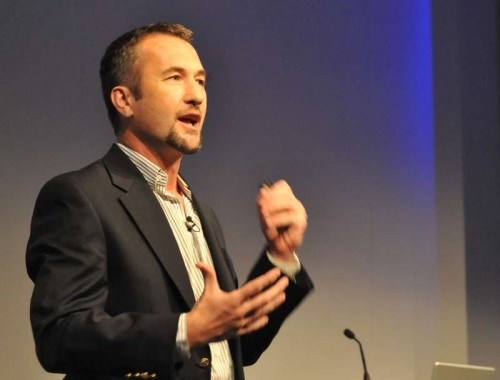 I once sat in a seminar where the motivational speaker kept saying: “Accept yourself as you are.” Fine with me, but the colleagues at my side all had serial killer personalities. I tried to warn the speaker but she didn’t pick up my discreet pointing and head-shaking gestures.

People in certain professions, such as journalism, law, and stockbroking can be “rough diamonds” – minus the diamond part. One reporter colleague made so many enemies that he ended up renaming half the contacts in his phone’s electronic address book “Do Not Answer”.

Be warned. Touchy-feely spiritual types are storming the world of work, creating absurdity.

Example: In front of me is a Financial Times report which says British accountants are now calculating the cash value of the workings of nature: “The National Audit Office estimated the value of bees’ service to the British economy at £200 million.”

Of course, everyone’s thrilled that bees’ hard work has finally been recognized, but what would bugs do with paypackets? (I suggest the money be diverted to other low level, insect-like toilers, such as me.)

The new corporate buzz-phrase is “non-tangible costs”. A prominent Indian think-tank said that a single hamburger “with non-tangible costs” would be $200. I think everyone was supposed to be amazed by this, but it just reminded me of the cost of meat at my overpriced local supermarket, which I shall call ParknRob.

Then the US Center for Investigative Reporting said that if you included all the associated costs of getting gasoline to your car, gas should cost $15 a gallon. But I’m sure they failed to include US wars, in which case the true cost should be $15 billion a gallon. Which reminds me of the cost of cartons of milk or juice at ParknRob.

Then Britain’s Department for Transport produced a financial chart which included “the real value of time”. If time has a cash value, I wouldn’t mind buying a few extra centuries (with my bee money), as I’ve always fancied being an immortal!

Enough! What humanity needs to do is to remember the 1963 line from sociologist William Bruce Cameron: “Not everything that counts can be counted.” Now before you correct me, I know full well that the Internet attributes this quote to Einstein. But you should never believe anything on the Internet, unless you are reading this on the internet, in which case, this sentence is the sole exception.

The seminar ended with the motivational speaker telling us that the most important thing in life was to “be yourself”. My serial killer colleagues smiled and nodded.

Perhaps I shouldn’t complain. Public speaking is a difficult, scary thing to do. Someone once advised me that if I felt nervous on stage I should imagine the audience naked, but I tried it and it totally didn’t help.

Still, business types should listen to creative individuals. Case in point: comedian Stephen Wright asked: “If all the nations in the world are in debt, where did all the money go?” I have no idea, but the total world debt is currently $233 trillion. That’s quite a lot of money. That reminds me: my weekly ParknRob bill is due.