Why drinkers are their own worst enemies….writes Nury Vittachi

Never drink alcohol before a job interview or you might do what my friend did and confuse the words “lecturing” and “lactating” in answer to the question: “How do you earn your living?”

In fact, better to not drink at all, I reckon, after finding three news reports about alcohol in my reader contributions inbox.

Staff working in a court recently realised that the heavy drinker in the dock spent more time at the premises than they did. “He’s probably before this court more than I am,” the court’s duty lawyer said. The offender, who had clocked up 448 offences, apologised to court staff and admitted he no longer leased an apartment, preferring the cells. They should really start charging him rent. This UK report was sent in by reader J.S. Hawe, who said: “I can’t decide whether the guy is very stupid or very smart.”

The same cannot be said about a drinker in Canada. He was making trouble at a Toronto gas station but police didn’t need to grab him. He marched over to the police patrol car, mistaking it for a taxi, climbed into the back seat and demanded to be taken home. “Very helpful. Saved them a job,” said my contributor, who did not want her name printed.

The problem with substance abuse is that it makes you a) commit illegal acts, and b) deliver yourself into the hands of people paid to arrest committers of illegal acts.

Reader Arnold Chen told me that in New Zealand last month, a woman realised she was drunk and would be committing a crime if she used her car. So she drove to the police station to tell them about her predicament, committing the exact crime that her few functioning brain-cells were trying to prevent.

I could fill the rest of this column with examples of dumb-as-rocks people calling police to report that their stashes of illegal drugs had been stolen — but that would be too easy. Instead, let’s go back to where we started and talk about verbal mistakes non-criminals make after a few drinks.

Like the time a colleague introduced a climatologist at an after-dinner speech as a “kleptomaniac”, an easy mistake to make.

In London, there was a fashion to buy large colourful houseplants called crotons. When fruit was served at a dinner party, one woman said: “I love fruit but never know what to do with the banana skin.” The tipsy hostess replied: “My husband rolls it up and hides it behind his scrotum.”

But what I like best is to take notes when my drinking buddies start to sing. A colleague managed to turn the line “I can see clearly now the rain has gone” into “I can see clearly now Lorraine has gone”. And Abba’s biggest hit became: “See that girl, watch her scream, kicking the dancing queen.” Nor should we forget the chorus of Toto’s Africa: “There’s nothin’ that a hundred men on Mars could ever do.”

But of course, you don’t need to be drunk to make verbal slips. You can be sober and stupid. Giving a school talk, I once confused necromancer (which means “wizard”) with necrophiliac (which doesn’t mean “wizard”).

Luckily, no one was listening to a word I said. Thank God for small mercies. 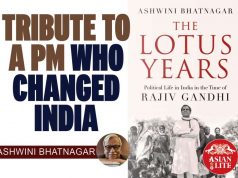