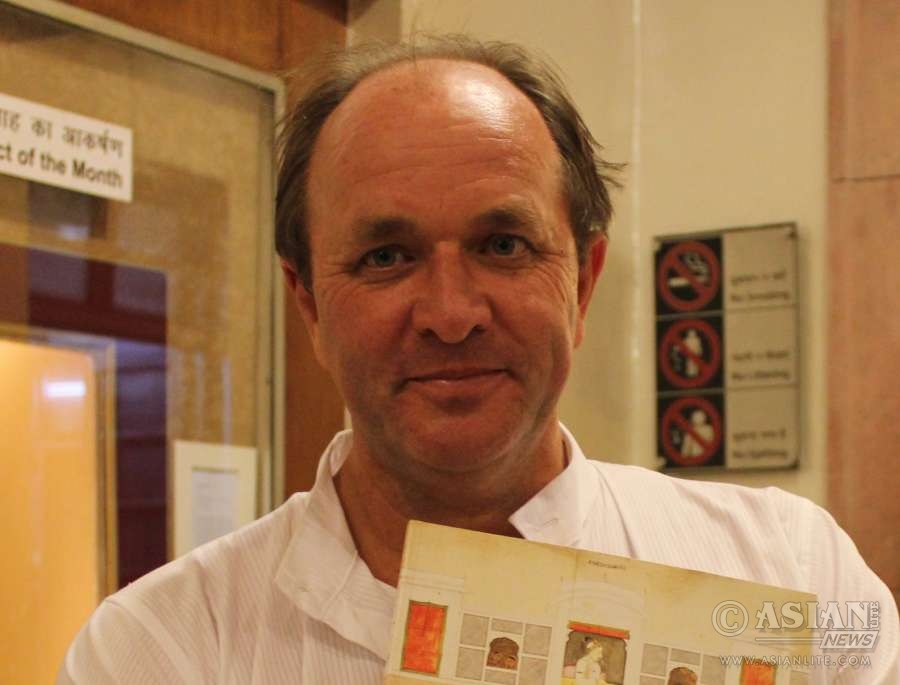 For William Dalrymple, the author of books like “City of Djiins”, “In Xanadu” and “White Mughals”, writing is an intellectual art while photography is emotional. The author, who recently published his first book of photographs, “The Writer’s Eye”, says that it’s a medium to express beauty.

“Photographs don’t convey ideas, they express beauty. Photography is visual not intellectual. It comes from a different part of the brain,” Dalrymple, whose book is a collection of black and white photographs taken during his travels around the world over the past 18 months, told in an interaction.

Dalrymple’s photographs have received tremendous appreciation, but he described writing as his first love, saying it is an intellectual exercise where paragraphs are framed and words are carefully chosen.

“Writing conveys ideas, every word reflects an idea. Writing is a highly intellectual art,” said Darlymple whose books have won numerous awards including the Duff Cooper Memorial Prize, the Sunday Times Young British Writer of the Year Award and the Hemingway Award.

Explaining why he took photographs from his cell phone and not with a professional camera, he said: “Photography should always be about the eye, not the equipment”.

Dalrymple draws inspiration from writer Bruce Chatwin (1940-1989) who emerged as a remarkable photographer after a collection of his images were published after his death.

Chatwin’s photographs “were full of surprises, even to those who thought they knew him well,” according to Dalrymple.

“The Writer’s Eye” is a compilation of black and white images Dalrymple took during treks through Ladakh, visits to Yazd, Pasargardae and the deserts of western Iran, a journey along the Ganges and the marshes and causeways of coastal Northumbria and the desert fringes of Idaho.

Dalrymple said that he never planned to publish his photographs, but writer Siddharth Dhanvant Shanghvi, who lends an introduction to the book, convinced him to present the record of his travels to the people.

“I didn’t plan to publish this book. Siddharth came up with the idea. It was nice to see somebody else being so enthusiastic about my work,” said Dalrymple.

Dalrymple’s pictures redress the perception of black and white as unexciting and unemotional.

He himself challenged this perception saying: “Black and white has the power that colour can never match. I love black and white as it has an ability to surprise. Coloured photographs are everywhere.”

“I always preferred black and white mainly because the medium seemed a much more daring and exciting world, full of artistic possibilities,” the author said.