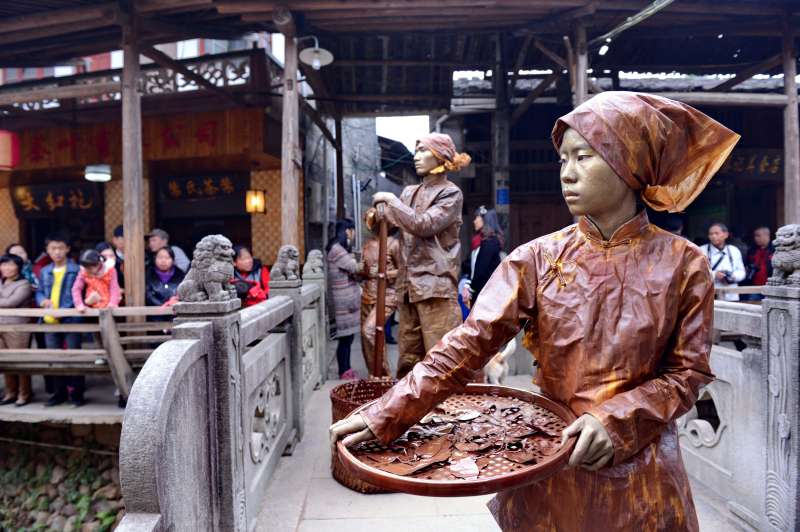 “When I am satisfied questions of state security are not involved, then you begin,” a secret police operative tells homicide investigator Arkady Renko in Martin Cruz Smith’s “Gorky Park”, stressing order, not justice – the basic objective of policing not only in authoritarian polities, but frequently in free, democratic societies too. It is especially prevalent in a country where economic liberalisation has led to prosperity, and even affluence, but also crime and corruption as governance remains opaque and autocratic. It is in such a setting that Shanghai’s Inspector Chen Cao has to work.

Inspector Chen is the creation of Chinese poet, literary translator, academician, and, of course, crime novelist Qiu Xiaolong (1953-), who went to the US in 1988 to write a book on T.S.Eliot, but had to stay back as media reports about his fund-raising for Chinese students could have caused problems back home – in the wake of the crackdown after the Tiananmen Square protests.

The series, with nine installments so far, is however not the first police procedural in a communist setting.

Renko, mentioned above, starts his career in the USSR, as does Stuart M. Kaminsky’s Porfiry Rostnikov. Earlier there are Moscow Militia’s Alexei Korolev and MGB investigator Leo Demidov (by William Ryan and Tom Rob Smith respectively) in the Stalin era and Alexei Bayer’s Pavel Matyushkin during Khruschev’s rule. Then there is James Church’s mysterious Inspector O in North Korea.

But the Inspector Chen series that holds primacy – since it is set in a powerful and vibrant country that draws great global attention and is the only one to be written by a native of the country in question, no matter how long translocated.

Chen, resembling his creator in being a poet and translator (of British and American mystery novels in his case), has however, under the Cadres policy, made a policeman and that too in the Special Cases Bureau in Shanghai – once a most cosmopolitan city, then centre of the “anti-bourgeois” Cultural Revolution, and then again China’s window to the world and hub of its economic miracle.

Debuting in “Death of a Red Heroine” (2000), he, along with his assistant (the more grounded) Detective Yu Guangming, has to solve the murder of a woman National Model Worker (hence ‘red heroine’) and strive to achieve justice of sorts when their probe turns to directions that leave the authorities uncomfortable.

Returning in “A Loyal Character Dancer” (2002), Chen, investigating a suspected Triad killing, is instead tasked with accompanying US Marshal Catherine Rohn, come to escort back the wife of a key Chinese witness in a human trafficking case who has refused to depose until she is brought to the US. But then this woman goes missing and a desperate search commences.

In “When Red Is Black” (2004), a woman dissident ismurdered, and authorities want the case solved fast to avoid adverse foreign attention. Chen is however on leave – asked by a businessman acquaintance with supposed underworld links to translate a business proposal into language that will interest American investment bankers and Yu has to investigate the case – with suggestions from Chen, who too realises late what lay behind the offer to him.

“A Case of Two Cities” (2006) sees Chen tasked by a senior party official with a sensitive corruption investigation. But as he makes some headway, he is made head of a group of writers going to the US for a cultural exchange. But there one of their group is murdered, and investigations draw in Rohn. Wondering if he is being targeted and if his probe was meant to succeed at all, Chen finds himself unsure if he should return home.

Murdered girls, dressed up in traditional garb, are found at public places in Shanghai in “Red Mandarin Dress” (2007), raising fears of a serial-killer running amok. Chen, in considerable distress over his future, must lead the manhunt as the case hurtles to an unsettling conclusion, while “The Mao Case” (2009) has Chen deputed to discreetly probe opulent soirees in an old mansion but soon a girl is found murdered and another fears for her life. Probing the case, Chen finds some shadows of the past still linger.

Then there are “Don’t Cry, Tai Lake” (2012), “Enigma of China” (2013) and “Shanghai Redemption” (2013) but unfortunately, these have been unavailable so far, though Kindle editions are assured by June.

The series are not mere police procedurals, with Qiu also infusing a unique insight of a China in transition and resulting tensions between old socialists and new capitalists, and the full spectrum of culture – poems old and new, cuisine, architecture, music (apart from karaoke bars!), a cast of unique characters especially (Yu’s father, Old Hunter, and wife Peiqin) as well as Chen’s dismal love-life. If you want to get a feel of Chinese society and its dark edges, the series is a good place to start.