Zata Banks, British artist and director of PoetryFilm, has said that creativity and poetry should be an integral part of education today. She was delivering the keynote address at a literary event held this past week at the House of Lords under the patronage of Lord Bhikhu Parekh and writer-editor Yogesh Patel. 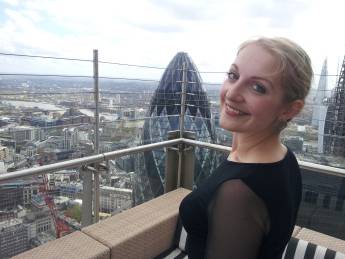 She spoke about the rise in popularity of poetry and film artworks in recent years. “Is this a clue to something? Why are more and more people turning to poetry and film as a means of expression in today’s society, and what does this mean? We’re moving from a mainly mono-semiotic model (using mainly one type of meaning-making system at a time – for instance, the use of words) to a multimodal model (using lots of different types of meaning-making systems simultaneously). Communication has always been multi-modal; however, today we seem to be moving towards a richer consolidation of modes, and technology enables us to employ more modes more easily,” she said.

Quoting media ecologist and language evolution specialist Robert K. Logan (‘The Sixth Language’), she said that speech, writing, maths, science, computing and the internet formed an evolutionary chain of languages, and new languages arose when some kind of information overload occurred, and the previous language could not cope.

For that matter, what is poetry film? “There are many kinds of poetry films, and there are many different starting points to create, trans-create, or integrate a work. One of the earliest known examples is silent storytelling of Clement Clarke Moore’s poem ‘The Night Before Christmas’ made in 1905 by Edwin S. Porter, following Clement Clarke Moore’s 1823 poem ’Twas the Night Before Christmas’. Or you might think of the famous 1936 film ‘Night Mail’, produced by the Post Office, featuring music by Benjamin Britten and lines of poetry by W. H. Auden, which were cut to fit the already-edited film…There are many different kinds of poetry film and it is a highly creative field. There can be text on screen, voiceover, sound poetry, dance poetry, animation, sign language, Morse Code, even Braille on film… there are many interpretations and combinations,” she added. 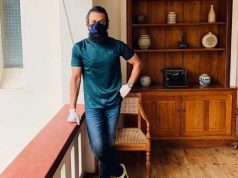 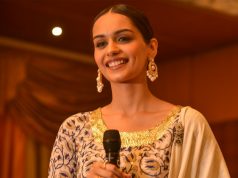