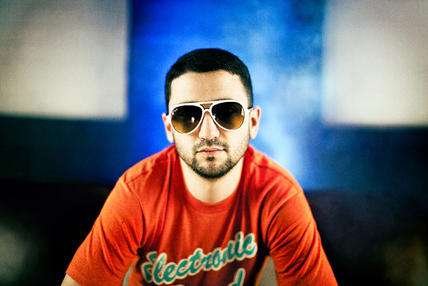 I think streaming music has allowed artists to self-release music without the need to pay a record label. It’s really opened up the music industry to allow talent to rise to the top more easily. Doctor P aka Shaun Brockhurst talks to Siddharth Jha

If you’re a die-hard Electronic Dance Music (EDM) fan, you would know of Doctor P’s credentials as a music artiste who redefined the bass drops in dubstep and created his own fusion of house music with raggaeton.

The 29-year-old dubstep producer has been in love with electronic music ever since he was 12, when he knew nothing about music or the genre, and now, his tracks like “Tetris” and “Big boss” have garnered millions of views on YouTube.

“I think streaming music has allowed artists to self-release music without the need to pay a record label. It’s really opened up the music industry to allow talent to rise to the top more easily,” talking about the change in the music industry he has noticed over the years, Doctor P told IANS in an interview from Mumbai, where he performed as part of the MTV Bloc Party.

It was his first performance in Asia, and he was excited about it.

Doctor P says he was always trying to produce music that sounded like that his favourite artists.

“I’ve always loved electronic music since I first discovered it around age 12. My whole career has been based on me attempting to sound like all my favourite electronic artists. I also got into hip-hop and metal when I was a teenager, and that has been a big inspiration to me as well.

“I remember being around age 12 or 13 and deciding that I wanted to be a musician. At that time, I had no musical experience, but I was really interested in learning everything. I never actually wanted to be famous, my goal was always just to be really good at making music,” he said.

Sharing how an old phone lead to his stage name Picto — a nickname by his friends, he said: “On old Nokia phones, typing my real name (Shaun) would auto-correct to ‘Picto’, so my friends would jokingly call me Picto. When I was trying to think of a DJ name my friend suggested Picto, so I just went with it.

“When I changed up my style from drum and bass to dubstep I wanted a new name, so I kept the ‘P’ from Picto and decided on Doctor P.”

Treating every track in a different way is how he makes sure he doesn’t “get stuck doing the same thing over and over again”.

“When I’m making a track, I try to take out anything that sounds like other tracks or producers. That way every track I make ends up being quite unique,” he explained.

He sees a growing scope for the EDM genre and all its sub-genres in India.

“I’ve heard India mentioned a few times in the last couple of years, so I think bass music is really catching on.”