Mark Dharmai and Disha Pandya, both badminton players with dwarfism, hope Shah Rukh Khan’s “Zero” — which features the superstar as a dwarf — changes the perception about those facing the medical condition…reports Asian Lite News 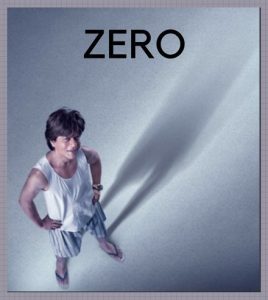 Dharmai and Pandya made an appearance on Star Plus’ game show “Sabse Smart Kaun?”. Their motive was to convey that dwarfism has not stopped them from achieving their dreams, read a statement.

While Dharmai is counted as World No. 3 in para-badminton doubles, Pandya is a national level badminton player and is also a creative head at an FMCG company.

“We did not come (to the show) with a motive to win money but to win hearts and I hope we did that. People have a certain perception about us and we want to change it. Shah Rukh Khan and Aanand L. Rai are coming up with their movie ‘Zero’ and it is based on people like us (dwarfs). We really hope with a personality like SRK, people see us differently,” Dharmai said.

The two enjoyed their time on “Sabse Smart Kaun?”, hosted by Ravi Dubey.

Pandya said: “Ravi is the coolest host we have met. The entire team of the show was so encouraging that we felt at home.”

Dharmai is preparing for the Asian Games and Pandya is practising for her first international tournament.

The episode featuring them will air on Thursday.