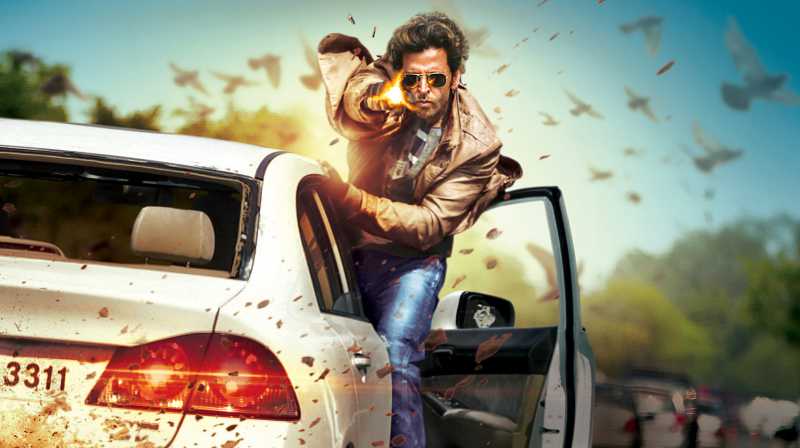 Bollywood’s “gorgeous” on screen pair Hrithik Roshan and Katrina Kaif-starrer “Bang Bang” teaser was unveiled Wednesday and has blown away Bollywood celebrities. They have tagged it as “smouldering hot” and “smashing”.

Directed by Siddharth Anand, “Bang Bang” is produced by Fox Star Studios and is being touted as the biggest action-romance of the year.

Shot in Prague, Phuket, Greece, US and Indian cities like Shimla, Manali, Delhi and Mumbai, the film with guns, explosions and death-defying action stunts will hit the screens on Gandhi Jayanti, which falls on Oct 2.
“As a film, ‘Bang Bang’ has turned out amazing. Big canvas, great emotion and chemistry and outstanding action! The teaser gives a glimpse of the film and we are proud to present the biggest action-romance entertainer of the year,” Vijay Singh, CEO, Fox Star Studios, said in a statement.
Anand says that Hrithik and Katrina are two of the “most gorgeous people in the film industry”.
“This is Hrithik’s biggest action film that he has done to date and they simply look awesome with each other,” he said.
And friends from the film fraternity agree too.
Here’s what they tweeted:
Priyanka Chopra: Love the teaser of Bang Bang!! Katrina @iHrithik and Siddharth anand!! Killing it!!! (sic).
Neha Dhupia: #bangbangteaser lookin bangin hot ! @iHrithik #BangBang #Katrina

Arjun Kapoor: @iHrithik wish I cld list the words I have used in 60secs…F**K what a teaser #BangBang

Tusshar ?Kapoor: Awesome trailer @iHrithik! All the pain, patience & perseverance behind the perfection seems to have paid off & it shows with a huge banggg!

Dia Mirza: Smouldering hot. These two can set anything afire. This TEASER is BANGING! #bangbangteaser @iHrithik jaw on the floor. No no. Leave it be;)

Sonam Kapoor: Why are they so good looking!! http://bit.ly/BangBangTeaser @iHrithik This is too hot!

Sanjay Gupta: Shot at a fraction of KNIGHT AND DAY’s budget, BANG BANG looks even better than the original. Well done FOX India.