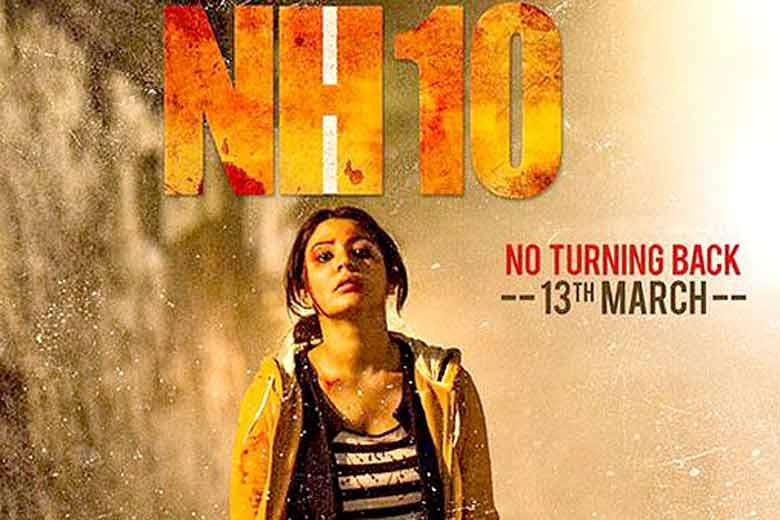 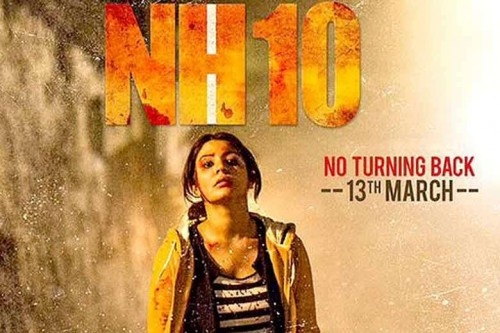 Be it a train journey in “Chennai Express”, the National Highway journeys in “Highway” and “NH10”, a father-daughter journey from Delhi to Kolkata in latest entertainer “Piku” or a cruise trip in the forthcoming “Dil Dhadakne Do” – Bollywood filmmakers are telling fresh tales set around journeys, mode notwithstanding.

This has also helped them to move away from studios and explore real locales. A case in point is the absolutely splendid shot Rohit Shetty took of the Dudhsagar Falls in Goa. Then, there are shots of places like Varanasi which Shoojit Sircar has captured in “Piku”.

This adds a distinct look to their stories and a welcome change is the fact that they are mostly looking within the country for their locations. Of course, exceptions like “Queen” and Zoya Akhtar’s “Zindagi Na Milegi Dobara” and “Dil Dhadakne Do” are always there. They’re entertaining, nevertheless.

Here’s a dekko at a few films of the past decade where you can just sit back and admire the landscape, or even get inspired to pack your bags and travel with family, friends or alone:

* “Kabul Express”: Directed by Kabir Khan, this John Abraham-Arshad Warsi starrer anti-war film tells the story of a 48-hour car drive through war-torn Afghanistan. Shot over 45 days in and around Kabul, the film was critically acclaimed.

* “Jab We Met”: Imtiaz Ali’s second romantic comedy “Jab We Met”, featuring the former ‘hit jodi’ Shahid Kapoor and Kareena Kapoor, delighted several film buffs and enticed people to take train journeys to the beautiful Himalayas and even Punjab. The film introduced people to places like the mysterious Ratlam to the lively Bathinda and the picturesque Shimla.

* “Chalo Dilli”: A film about two mismatched travellers on the road from Mumbai to Delhi via Jaipur showcased the rustic flavour of Rajasthan. Directed by Shashant Shah, the film features Lara Dutta and Vinay Pathak.

* “Zindagi Na Milegi Dobara”: Director Zoya Akhtar explored the journey of self-discovery of three male friends through a road trip in Spain. The film gives viewers a chance to experience a visually delightful road journey in and around the cities of Costa Brava, Seville and Pamplon. To many urban youngsters, the film gave an idea of a perfect ‘bachelor party’.

* “Chennai Express”: This movie takes film buffs on a journey across India — from the north to the south — showcasing beautiful visions of the countryside en route. From Dudhsagar Falls in Goa to Munnar in Kerala, this Rohit Shetty directorial and Shah Rukh Khan and Deepika Padukone starrer, featured beautiful locations that should be a must-see at least once in a lifetime.

* “Highway”: As the name suggests, the film was mostly shot on the road and that too on a highway. This Alia Bhatt and Randeep Hooda starrer may have romanticised a grave issue like abduction, but it also portrays an eye-pleasing montage of images that a road trip can offer a traveller on the highway. So if you are someone who can’t go far to travel, this film shows how you can just get into a car or even a truck, and flirt with the road!

* “Queen”: Kangana Ranaut surely inspired many women to lead life on their own terms through her portrayal of Rani in this Vikas Bahl directorial. In an attempt to find her own identity, she plans to spend her honeymoon alone. Where? In Paris and Amsterdam! The film’s success proved viewers enjoyed her journey.

* “NH 10”: Directed by Navdeep Singh and starring Anushka Sharma in the lead, this film tells the story of a young couple whose road trip goes awry after a run-in with a group of violent criminals. You can also plan a same road trip, but sans an impulsive boyfriend, played by Neil Bhoopalam in the film.

* “Piku”: No journey can be better than one you enjoy with your parents. “Piku” captures one such father-daughter trip – from Delhi to Kolkata in a car via the scenic and holy Varanasi. Apart from the endearing bond essayed by Deepika Padukone and Amitabh Bachchan, the film captures the nitty-gritties of road travel.

* “Dil Dhadkne Do”: This Zoya Akhtar directorial has caused a fan frenzy ever since the first look and posters were unveiled. This ensemble cast film revolves around a dysfunctional family on a cruise trip and in the course of their vacation, they discover love and friendship. It’s likely the film will be a delight for travel lovers.