Actress Taapsee Pannu, who is gearing up for the release of her forthcoming courtroom drama “Mulk”, says it is disturbing to see a particular religion being targeted…reports Asian Lite News 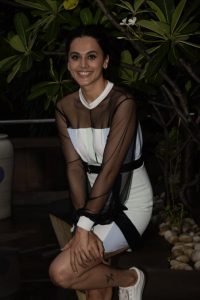 Taapsee interacted with the media at the trailer launch of her upcoming film “Mulk” with Rajat Kapoor, director Anubhav Sinha and producer Deepak Mukut on Monday.

In the movie, she will be seen as a defence lawyer trying to restore the honour of a Muslim family accused of treason.

Taapsee said: “It is disturbing that a particular religion is targeted like that. It is disturbing to see it happens because my life is run by Muslims. My manager, my driver, my housemaid…are all Muslims and they are an inseparable part of my life.

“This is one of the reasons why I chose to do this film. If somebody has to stand up to address the issue, then I would love to take the responsibility. Doing this movie was a way of venting out how disturbed I felt because of how Muslims are treated.”

On the message that “Mulk” is trying to give, Taapsee said she has given her best to the film.

“This is not the government’s matter to address, it is ours. That’s what we are trying to express in the film and whatever dialogues I have said in the film I have done it with all my heart. 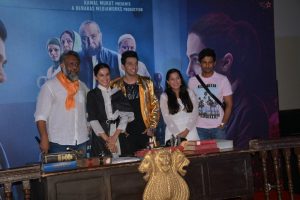 “So, I hope when the film releases on August 3, and the audience watches the film, they will be able to understand how we all feel about this issue.”

In “Mulk,” the Muslim family suffers social injustice and fight a legal battle for its right to stay in the country.