Riding high on the success of “Uri: The Surgical Strike”, actor Vicky Kaushal says he has never cared about following the norms in the film world — whether it is for the protagonist’s part, a secondary part or debuting with a film like “Masaan”…writes Nivedita

The actor, whose upcoming projects include Karan Johar’s grand ensemble film “Takht”, believes in setting his journey as an example for others and not really to follow others’ journey.

Asked what makes him a game changer, Vicky told IANS via email: “I guess following my gut and not really going by the rules of the book.

“As an actor, I have not really been stuck up with the kind of work that people around me are doing. If it’s a protagonist’s part, a secondary part or debuting with a film like ‘Masaan’, all these go against the textbook laws for any upcoming actor.

“I’ve just tried to follow my heart and I try and work on good projects with great directors. That’s what I’ve tried doing and I guess that’s what’s worked in my favour,” he added.

Whether it is “Masaan”, “Zubaan”, “Sanju”, “Raazi”, “Love Per Square Foot”, “Lust Stories” or now “Uri…” — Vicky has showcased his talent across a diverse range of roles.

The actor is the part of Chandon’s The Party Starter 3.0 series. It salutes people across various genres that have made a difference in their field.

The series delves deep into each achiever’s personal and professional journey and educates the viewer on how the brand is a perfect partner for every party moment. This year, it starts with Vicky.

As someone who has been off the beaten path, he says it’s something that happened organically.

On “Uri…” and its success, he said: “It’s one of those experiences that have been extremely stimulating and enriching as an actor and as a human being because when you get to wear that uniform to play a character of an Army man, it brings a lot of responsibilities on your shoulders.

“I learned so much about the lives of an Army officer, their families… You just realise the kind of selfless work they are doing for all of us. Their quote is ‘service before self’ and they truly live by that.”

Did his personal connect with the Army help him perform better in the film?

“Of course! It gave me such a good insight as to how an Army person not only trains, not only how he physically prepares himself but also mentally how he is that strong. How for him, the country comes first before anybody else. That definitely helped me a lot in playing the character.” 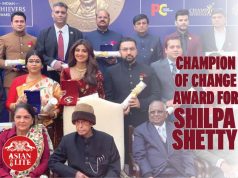 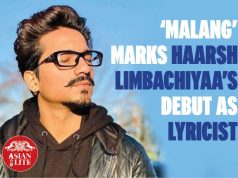