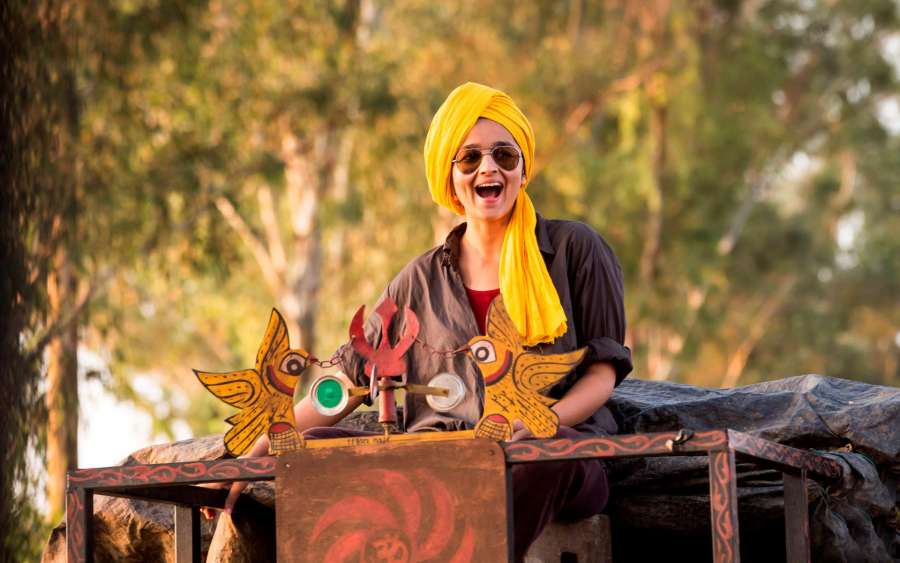 Actress Alia Bhatt comes from a family of actors and filmmakers, but with her versatility and choice of films like “Highway”, “Udta Punjab” and “Dear Zindagi”, she has made her own mark in Bollywood. She feels people are unnecessarily talking “too much” about the existence of nepotism in the industry…..reports Asian Lite News

“We are talking too much about it. We need to stop,” the actress, who recently turned 24, said when asked about her views on the nepotism debate.

The discussion was sparked off after actress Kangana Ranaut tagged filmmaker Karan Johar a ‘flagbearer of nepotism’.

Alia, who was launched in the Hindi film industry by Karan with “Student of The Year”, has been charged many a time with getting an easy entry into Bollywood because of her father Mahesh Bhatt.

However, the actress let her work talk with her talent in her second film “Highway”. She again impressed many by taking the attention away from Shah Rukh Khan in Gauri Shinde’s “Dear Zindagi”, and in “Udta Punjab”, she got a thumbs up for portraying a Bihari girl with ease.

Asked about what makes her choose roles as varied as the ones in “Student Of The Year” and the very recent “Badrinath Ki Dulhania”, Alia said: “Like the way I don’t dress up for other people, in a similar way, I do different films for myself and not for someone else. I want to do different films for myself and not because ‘log aise kar rahey hai’ (people are doing so).

“That’s the byproduct of it.”

Her five-year journey in the film industry has made her more responsible.

“I think the more years you spend in the industry, the more you get experience. I don’t know how I have changed as an actor, but yes, I have learnt a lot of the technical things. I am growing up in the public eye, so there will be changes. But it’s not like I really sat down and noticed things that have changed.

“I think I have become more responsible now because now I also live by myself. I am satisfied with my work and not anything else,” Alia said and added that she doesn’t miss anything in her life.

“This is what I always wanted to do so I enjoy doing this,” added the actress, who is in the capital to walk the ramp at Amazon India Fashion Week (AIFW) Autumn-Winter 2017.

She is the showstopper for the ‘Maybelline New York presents Namrata Joshipura’ show scheduled for Friday night. The show is bringing drama and the latest beauty trends from New York to New Delhi.

Talking about her fashion and make-up choices, the actress says she never cares about the fashion police while dressing up.

“It’s not like I am ignorant to them, but it’s also not like I won’t choose or make my fashion choices thinking about them either. Because that means, I am dressing for someone else and not myself. It’s not like I am not aware of what they are writing and what they feel, but it also does not mean that I am not overtly conscious either,” said the actress, who says her make-up on a certain day reflects her mood.

“Make-up is the second nature for an actor. It is part of my daily life and the best and comfortable part of make-up is that its always parallel to the way I am feeling and my mood. If I am feeling dramatic, then I will go for dramatic eyes, and if I am feeling subtle, then I go for subtle or nude look.

“I think that’s the way it should be. We shouldn’t do things which we are not comfortable with, because then you won’t be able to carry it off,” Alia signed off.