Trends come and go in the cinematic world, but the fact that clean humour and good comedy reign over “meaningless” entertainers has sustained over the years, says Bollywood’s beloved comedian and character actor Johnny Lever, who now simply skips “nonsense” films.

“I’ve been in the industry for the last 35 years. If we compare today’s comedy with the one that we used to see earlier, then there is a difference, but it’s not a big one. Trend always keeps on changing… But good comedy is always appreciated more than vulgar and meaningless one,” said Johnny, best known for his roles in films like “Raja Hindustani”, “Deewana Mastana” and “Dulhe Raja.”

“For making a good comedy film, you need a good writer whose craft can be understood through the time that he takes to write his script. A good writer takes time to go in-depth into a subject and then comes out with a good script. Then it’s the job of the actor and director to improvise with it and make it even better,” Johnny said.

The “Housefull 2” actor, who will perform with his daughter Jamie in the US next year, also feels that when it comes to vulgar comedy, its “easy to write and perform”.

“It takes less time. That’s why it is seen quite often these days. In earlier times, in the era of Mehmood Ali and Kishore Kumar, people used to observe a lot and used to take time in writing scripts. Comedy made in a hurry is waste and meaningless. The comedy, where you are insulting people, is easy to write,” Johnny said.

“I choose scripts which bring out some meaningful message. Otherwise, I skip being part of nonsense comedies… it won’t look good if I’ll appear in a film just to show my face and do weird roles, especially after working in around 400 films,” he added.

However, he feels that in current times, comedy is so popular that it’s almost part of every character in a film. Due to this, a comedian’s work has become tougher.

“Everybody is doing comedy – right from the lead actor to villain and supporting cast. But I have never felt the fear of being neglected or overshadowed. People often call me saying: ‘Johnny, we have a role that we think only you can do’. If I like the character, then I instantly say yes to them.

“A supportive actor’s career depends upon the variety that he showcases in all his roles. If his roles will be similar to one another, then his career will not have a long run. Also it’s the job of a supporting actor to maintain the liveliness in the film. In that way, he holds a big job in his hands,” added the actor, who has infused life into several movies during his career. 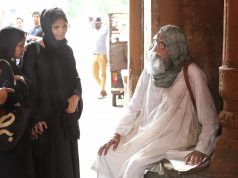