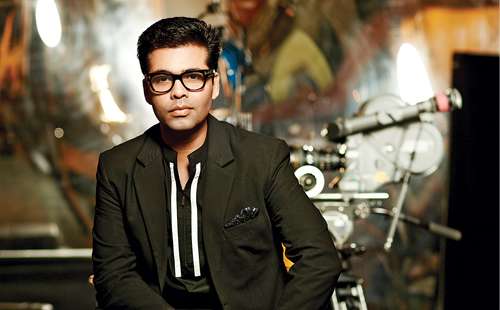 Filmmaker Karan Johar, also a chat show host, says that he is proud to be himself……reports Asian Lite News

Currently in its fifth season, his show “Koffee with Karan” will be kickstarting the #KoffeeCentury revelries with the Khan bothers Salman, Arbaaz and Sohail on Sunday on Star World and Star World HD.

Speaking about the talk show completing the century, Karan said in a statement: “It’s actually my century and I have to say that I am a bit overwhelmed and a tad emotional. I am also exceptionally happy that something that started off as a hobby became such a big part of my personality.”

“Maybe, I sometimes come across as a filmmaker who is perhaps not so serious about what he does. But you know what, I am actually playing myself and I am proud to be myself. And I hope people eventually envelop who I am.”

He says he is all about “Koffee with Karan” — the fun, the frivolousness and the fabulousness.

“I have enjoyed these last 12 years like nothing else. It’s such a large part of who I am and who I stand for. And to all the critiques, cynics and cryptics, I have to tell them all, I love you too just the way I love what I do. I am ready to hit the century!”