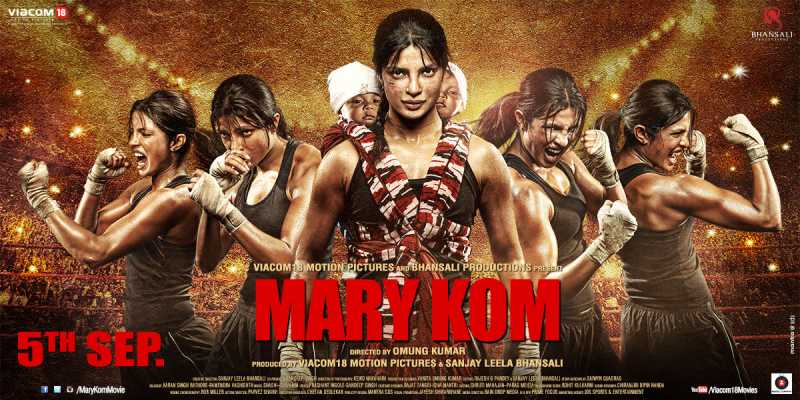 If Priyanka Chopra let go off her diva image to play an autistic girl in “Barfi!”, the former beauty queen has once again swapped her glamorous look with a masculine and low-maintained one for “Mary Kom”. And as promised, the trailer of the biopic knocks you out.Based on Olympic bronze medallist and five-time World Champion M.C. Mary Kom, Priyanka is mostly seen sporting braided hair and loose tee-shirts with track pants fighting off stereotypes apart from her opponents in the ring.The power-packed trailer, unveiled Wednesday, shows Kom’s journey from a fighter to a boxer, opposition faced by her father to take up the sport as a profession, training with men, her fearless nature that made her willing to fight even men, her victory, marriage and so-called end of her boxing career, encouragement from her husband and how she gets back into the ring after becoming a mother. “This film celebrates the never-say-die spirit of Mangte Chungneijang Mary Kom. Portrayed by Priyanka as only she can, the screen will come alive with the fierce passion of this champion boxer,” Ajit Andhare, COO, Viacom18 Motion Pictures, said in a statement.Directed by Omung Kumar and co-produced by Viacom18 Motion Pictures and Sanjay Leela Bhansali Productions, the movie will release Sep 5.