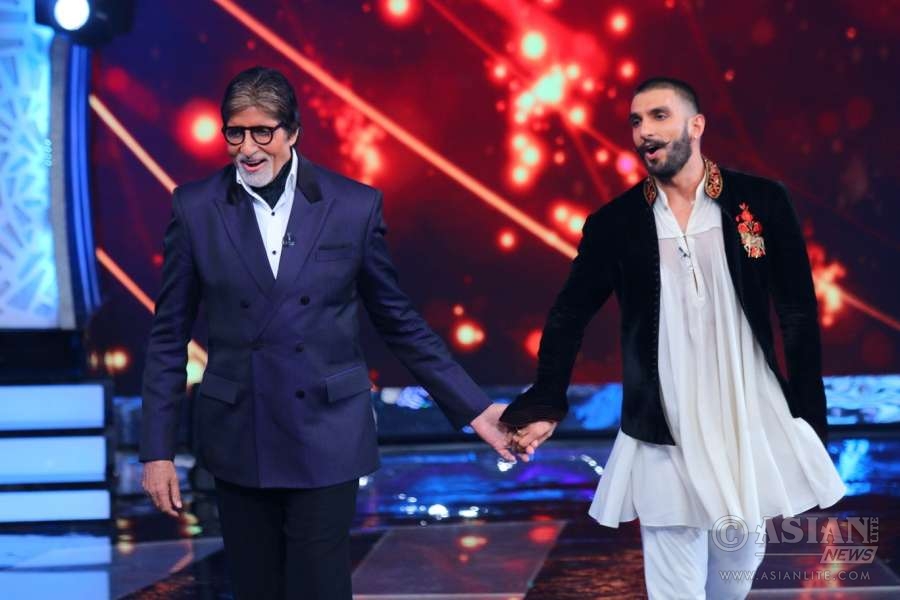 Things said by Big B on stage made my heart glow: Ranveer . . . . by Asian Lite News

Bollywood’s livewire star Ranveer Singh is humbled by the praise lavished on him by megastar Amitabh Bachchan at an event .

Ranveer, who bagged the Superstar Of The Year award at the HELLO! Hall of Fame Gala on Monday evening, said that the “things” said by Amitabh, who honoured him with the award on stage, made his “heart glow”.

“My hero! The things Amitabh Bachchan said about me on stage tonight made my heart glow Will cherish these moments forever,” Ranveer tweeted.

The 73-year-old replied by saying that he “meant each word” he spoke for the “Bajirao Mastani” star.

“I meant each word… And shall ever pray for them to be continuously true! Love you,” Big B tweeted.