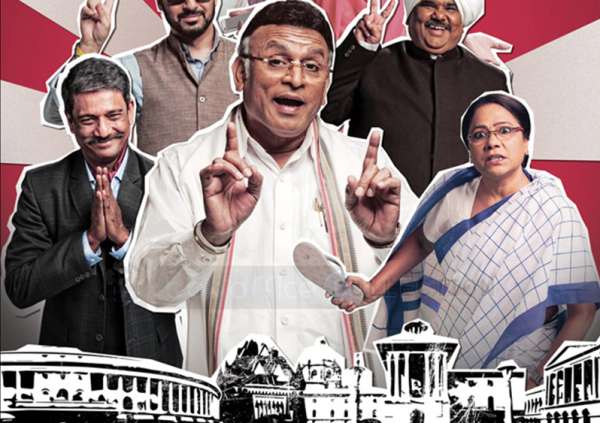 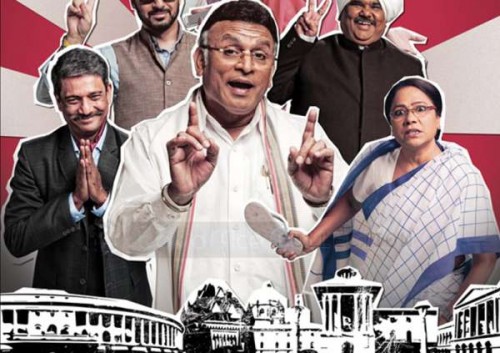 A farmer hangs himself from a tree at a political rally. And you wonder how much lower the below-the-belt politics of this country is likely to go.

Laughter seems to be the only remedy to the sickness that has ceased the process of statesmanship in our country. That the India-Pakistan issue is being fuelled and fired for various nebulous reasons is a fact that we all must face before a solution to the cross-border strife can be found.

Facing the face-off at the border with farcical directness can be exciting in a certain kind of cinema.

There are plenty of satirical films to fall back on.

After mildly amusing and vaguely heartwarming film about interactive interjections among soldiers at the border in “War Chor Na Yaar” and “Kya Dilli Kya Lahore” comes this satirical rebuke of the conduct of politicians, and yes, the media as matters escalate on the border for no apparent reason.

The basic idea of a short-circuited peace plan is in itself exciting when put in hands as creative as Ranjit Kapoor.

Kapoor was the writer of “Jaane Bhi do Yaaron”, one of the most scathing political satires ever put on our screen.

Here, in “Jai Ho! Democracy” all the sting seems to have gone from the tale.

What we are left with is a pale, frail and stale tale propped up by a bunch of actors who know how to control their characters in spite of the thick accents that the script insists on making them wear like disguises at a costume ball.

Haven’t we seen this ‘cook’ and bull concoction earlier in “Kya Dilli Kya Lahore” were Vijay Raaz and Manu Rishi excelled in their respective interpretations of communication over the barbed wire fence.

Elsewhere, a parliamentary committee huddles together in a room trying to find a semblance of coherence in the political goings-on of our country.

In “Jai Ho! Democracy” the enormously accomplished actors struggle against the tedium of repetitive jokes about the banality of parliamentarian exchanges.

Om Puri as the upright Gandhian neta strikes the right note. But it’s sad to see the other habitually seasoned actors fumbling over their farcical characters trying to look parochial in their allotted spaces.

To the brilliant Seema Biswas goes the award for the worst-ever Mamata Banerjee impersonation in the history of political satires.

Ranjit Kapoor is a brilliant writer, no doubt. As a filmmaker, he is not too successful in extracting that stagey quality from the material which most of us refer to to see as the rang-manch of life.

But when it comes to cinema, we would want the boorish banter and the endless ennui of Indian politics to seem a little less tedious than this.

After all Chaitanya Tamhane’s “Court” is about the monotony of legal proceedings. But it never falls prey to the affliction that it describes.