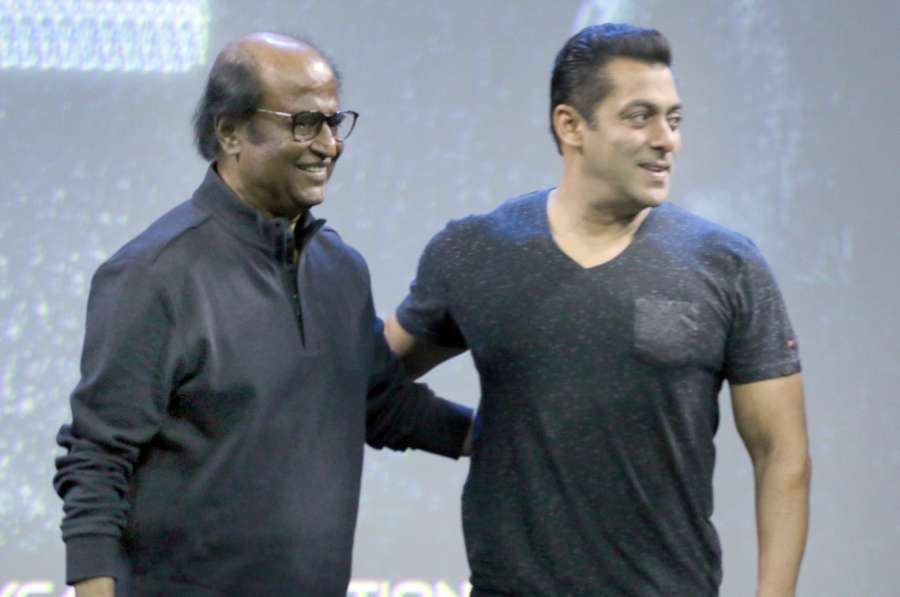 “I just showed up without being invited because I wanted to meet Rajinikanth sir,” Salman said at the event here.

Salman referred Rajinikanth as “garu’ (Telugu for sir), as he addressed the Telugu audience present at the venue.

He later asked Karan Johar, the emcee of the event, why he doesn’t make films like S. Shankar, the director of “2.o”.

Thanking Salman for his presence, Rajinikanth said: “If Salman says yes, I’ll work with him in a film even tomorrow.”

The makers also confirmed that “2.o”, a sequel to 2010 Tamil blockbuster “Enthiran”, will hit the screens worldwide during Diwali next year.