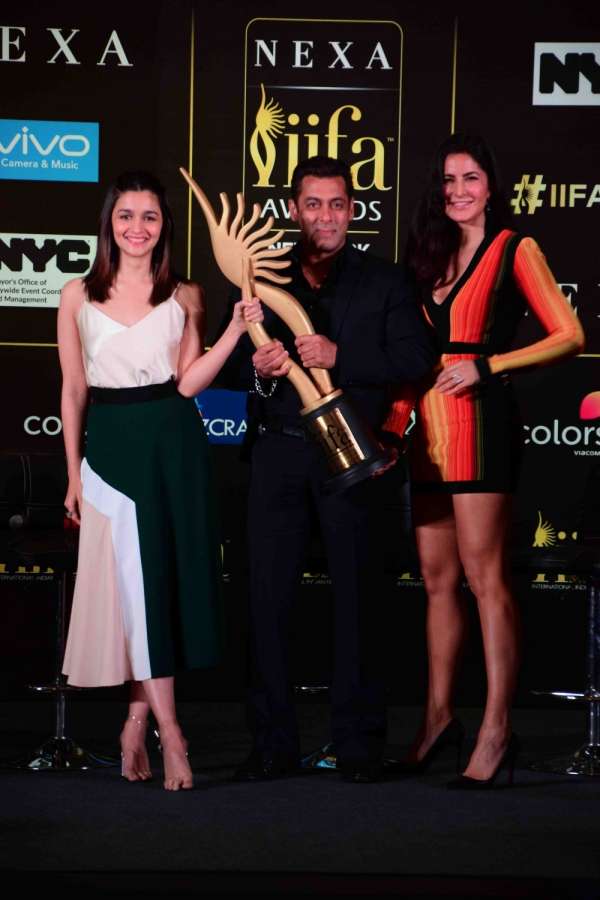 Shahid Kapoor and Alia Bhatt were on Saturday named Best Actors at the 18th edition of the IIFA Awards, for their remarkable work in “Udta Punjab”. Diljit Dosanjh also won the best debut actor male for the same film.

Both Shahid and Alia were emotional about winning the award for a film which made its way to the big screen after fighting the censor board, and let mainstream performers like them take up something risky.

“Love my fans. Guys this is all because of you. Thanks team IIFA and ‘Udta Punjab’,” he tweeted.

Katrina Kaif gave away the award to Shahid, while Varun Dhawan announced Alia as the Best Actor – Female at the event, held at the Metlife Stadium here.

The Best Picture honour went to “Neerja”, based on the real life story of Neerja Bhanot, an air hostess who lost her life while trying to save others on a hijacked flight at Karachi.

Aniruddha Roy Chowdhury walked away with the Best Direction award for “Pink”, a hard-hitting drama which put forth the message that when a woman says no, it is a no.