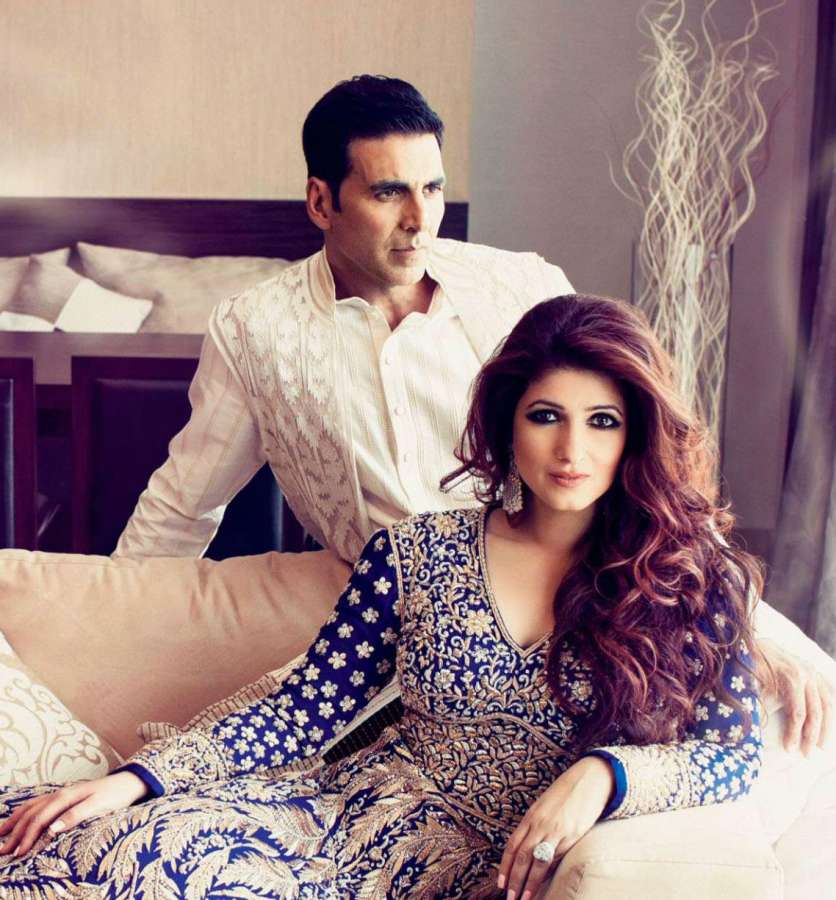 At a time when marriages and relationships are becoming increasingly volatile, “Mrs Funnybones” writer Twinkle Khanna says she is happy being part of a “great team” with husband and Bollywood star Akshay Kumar…..reports Asian Lite News

Twinkle and Akshay have been married for 16 years, and have two children — son Aarav and daughter Nitara.

About their marriage, Twinkle said at an awards event here: “I think it’s a great team. We are playing tennis doubles, and I think that’s a pretty good foundation for a marriage to last.”

On the importance of sex in a marriage, she said: “Sex is important at every stage.”

Twinkle even said: “The things that I find attractive in Akshay have changed over the years”.

The author-columnist, known for her wit and humour, added that she wants to emulateAAkshay’s “calm and composed mind”.

She also ensures Akshay — who she says has more pairs of shoes than her — goes through her columns before they are published and he rates them.

“He knows what resonates with people. He has a pulse on what people say and feel,” said Twinkle, who says she is “comfortable” in her 40s.

Motherhood, she says, has been a life changing experience.

“You experience love and pain in all its glory.”