“While the film is primarily Hrithik vs Tiger, there is only one girl in the film who is opposite Hrithik. I was looking for young and fresh energy in the casting and I have found that in Vaani Kapoor,” Siddharth Anand, director, said in a statement.

The director said that he loved Vaani as an actor in both her films — “Shuddh desi Romance” and “Befikre”.

“After meeting her I was fully convinced that she is the best girl for my film,” he added. 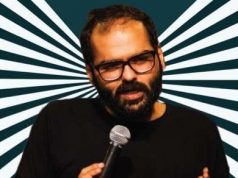