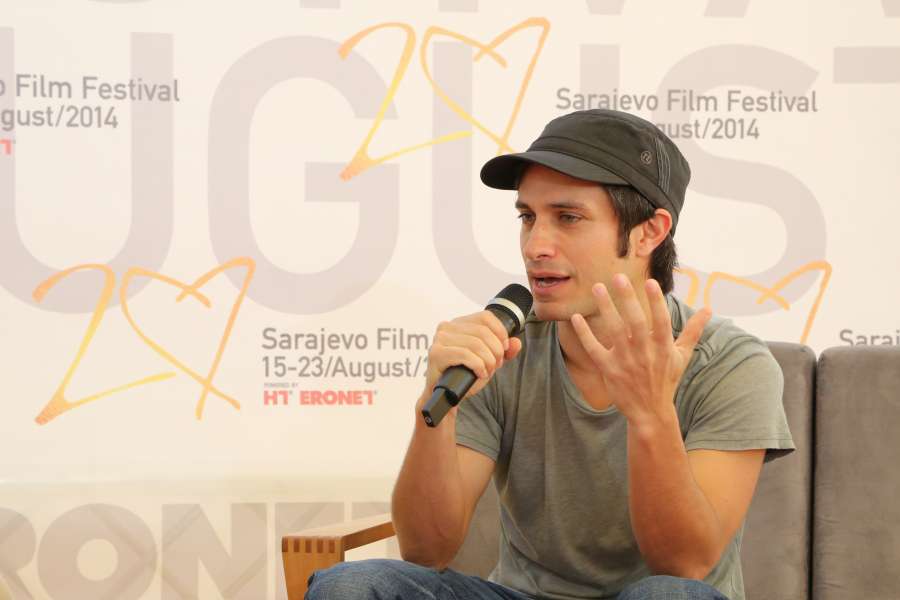 As a survival drama, “Desierto” is an intensely brutal, minimalistic, chase thriller.

The film begins with the camera panning across the desert and a lone truck moving. The harshness of the terrain and movement of the vehicle on this desolate stretch, sets the ball rolling for a suspenseful drama to emerge.

A close up reveals 14 Mexican migrants huddled together, attempting to enter the US illegally. And predictably, as the sun bears down mercilessly, the trundling vehicle breaks down without a warning. The fourteen are forced to continue their journey on foot, cutting through the uncharted, “bad-lands”.

Unfortunately, after crossing the border, what awaits them is not the immigration officers but a psychopath, Sam (Jeffrey Dean Morgan). Travelling in an all-purpose pick-up truck, armed with a long-range rifle and his ferocious dog, Tracker in tow, Sam scavenges the terrain with a single purpose in mind, that is, to track and kill every Mexican he can sight.

When Sam spots the group trudging across the wilderness, he perches on a rock and shoots eight of them in quick succession. What follows is the chase between the hunter and the hunted.

The story is meant to represent the immigration debate that is hooking the media globally, but unfortunately it is woefully reductive due to its simplicity.

While we are given an insight into Adela (Alondra Hidalgo) a fellow immigrant and Moises’ plight, the script lacks Sam’s motivation, thus making most of the characters one-dimensional and cardboard thin. Nevertheless, without elaborate plot twists or extensive, dramatic dialogues, the film manages to grab your attention to the fullest.

The film belongs to Gael Garcia Bernal and Jeffrey Dean Morgan who essay the role of Moises and Sam respectively, with natural ease. They are earnest and flawless and they are aptly supported by the rest of the supporting cast.

The screenplay uses the location effectively and is well-captured by Cinematographer Damian Garcia’s camera work, but what accentuates the visuals are the effective sound design and background score.

Written, directed and edited by Jonas Cuaron, who had earlier written the Oscar winning film “Gravity” along with his father, delivers an equally engrossing fare.

Nevertheless, “Desierto”, despite its minor flaws it definitely worth a watch.