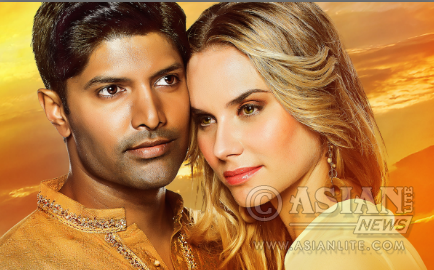 Free State is a romantic movie portraying romance beyond race and boundary. . . . by Asian Lite News

Free State, directed by Sallas De Jager and produced by Terwadkar Rajiv, has become a critically praised movie. It has gained various nominations and has been selected in many film festivals world over. The film explores a very simple love story between an Afrikaans girl and an Indian boy.

The movie plot takes the audience back to 1979, where romance was not very well received in the society. The story is of a young girl, Jeanette who is a bright law student. She is ready to be engaged to her boyfriend who is in the military. She decides to spend the summer with her father, where an act of kindness by a young Indian boy sparks romantic feelings in her. Despite warnings from her father, she continues to see the boy which results in disastrous consequences in the love story.

Free State, very sensitively explores the meaning of romance in an era gone by. Along with romance, it also portrays the norms in the society where inter-racial attraction was considered a taboo.

It stars Nicola Breytenbach who has remained a former model and was also a very celebrated and appreciated face of the Revlon cosmetics. She plays the role of the charming and beautiful Jeanette. The movie stars Andrew Govender opposite her as the young Indian who won her heart. Along with them, the supporting star cast consists of Leleti Khumalo, Deon Lotz and Mangesh Desai.

Many film festivals have had a premiere of the movie including Garden State Film Festival, New Jersey; Pan African Film Festival, Los Angeles and even the Bengaluru Film Festival, India. The movie has received many positive reviews and has been much acclaimed for its different yet attracting storyline.