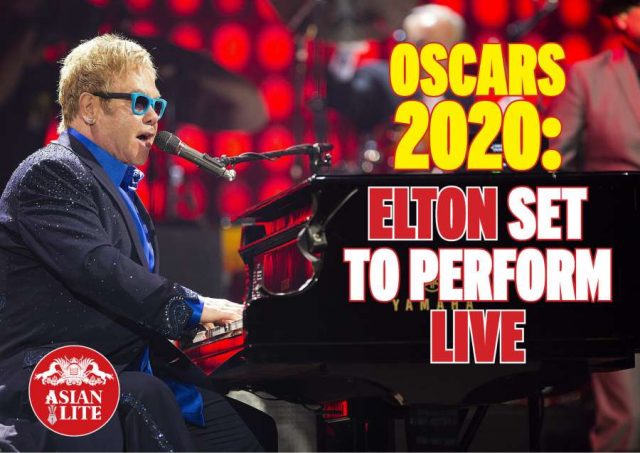 The Academy of Motion Picture Arts and Sciences has announced that all five of this year’s Oscar-nominated original songs will be performed at the award gala.

Music legend Elton John is gearing up to sing his track “(I’m gonna) love me again” from “Rocketman”, the biopic about his life, reports deadline.com.

“We’re excited to have an incredible group of nominees and performers who will deliver one-of-a-kind music moments you will only see on the Oscars,” said show producers Lynette Howell Taylor and Stephanie Allain.

The producers also said that the hostless Oscar telecast will also feature a special appearance by Questlove, and a guest-conducted segment by Eimear Noone, who will become the first woman to conduct during an Oscars telecast.

Newman will perform on “I can’t let you throw yourself away” from “Toy Story 4”. “This Is Us” star Metz will take the stage to perform on “I’m standing with you” from “Breakthrough”.

“Into the unknown” from “Frozen 2” will be performed by Menzel, and Erivo will perform “Stand up” from “Harriet”.

The ceremony will take place on February 9 at the Dolby Theater here.