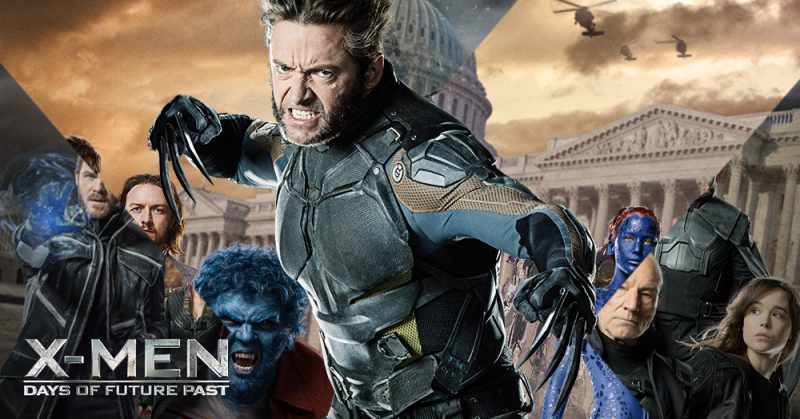 The “X-Men” franchise usually appeals or makes sense only to Marvel Comic Book fans who are well versed with the characters and their characteristics. And this one is no different.

With a flimsy inconsequential narration, it serves both as a sequel and a mash-up for a summer blockbuster entertainment.

The film opens in a post-apocalyptic period where gigantic robots, dubbed “Sentinels”, are programmed with a single purpose: track down and destroy the super-powered mutants.

As this narration rolls, the X-Men are losing the war and desperate times call for desperate measures.

With their future seeming bleak and the end appearing to be imminent, the remaining X-Men – Magneto (Ian McKellen), Professor Xavier (Patrick Stewart), Storm (Halle Berry) and Wolverine (Hugh Jackman) – reconvene in China. Here, they discover that Kitty Pryde (Ellen Page) has been keeping herself alive by travelling in time. This, they think would be a way out to change the present.

So they come up with an idea, to send Wolverine (Hugh Jackman) back to the 1970s to prevent a rogue mutant Mystique (Jennifer Lawrence) from assassinating Bolivar Trask (Peter Dinklage), a military scientist who pioneered the mutant-annihilating Sentinels that will lead, in a typically roundabout way, to all of these Sentinels killing everyone in the future.

It’s in this scenario that Wolverine is forced to unite with young Magneto (Michael Fassbender) and young Professor Xavier (James McAvoy), and convince them that their partnership can save the world, and therefore change the present.

The mission is far more complicated than it seems and is equally complex, emotionally.

Hugh Jackman as the Wolverine, James McAvoy as Professor Xavier, Michael Fassbender as Erik Lensherr and Jennifer Lawrence as the reptilian Mystique, a pivotal character in this story arc, provide substantial class and emotional resonance to the human drama.

Support from the ensemble cast of Patrick Stewart, Ian McKellan, Nicholas Hoult, Halle Berry, Shawn Ashmore and Peter Evans as a delinquent Quicksilver who has an amusing prison break sequence, cements the performances with much welcome screen gravitas. Performances apart, the characters fail to engage you emotionally.

With an overdose of the serious and the silly, the plot manages to sustain the pace and intensity commendably. The narration is packed with heavy exposition, time travel, love triangles and double crosses. All these are crammed into a coherent manner that includes convoluted, high handed plot elements like a rather outlandish allusion to the JFK assassination and ample absurdities involving numerous secondary characters which dilute the focus of the plot. This also tends to lead to confusion at times.

Though writer Simon Kinberg’s script is bogged with plot gaps and awkward logical jumps, editor John Ottman have done an admirable job of assembling the mess. That is because director Bryan Singer knows this X-Men universe well enough to conjure up an exceptional narration.

The first half is entertaining enough though it drags a little in wrapping things up, but the impressive visuals make sure you get your money’s worth. It has the best slow motion sequence that deserves to be watched in theaters. The 3D effect does not enhance your viewing experience though.

Overall, with nearly 25 characters to track, fleeting between time zones, space and technically brilliant visuals, concentrating on the film becomes a tedious affair.