Former President Barack Obama has lamented the lack of US leadership in the fight against climate change and without mentioning his successor Donald Trump, who has been dismantling his administration’s environmental policies, he said that the country is in a position that is “difficult to defend”.

“Obviously we’re in an unusual time when the US is now the only nation on earth that does not belong to the Paris agreement,” Obama said in Chicago at Mayor Rahm Emanuel’s mayoral climate summit on Tuesday.

The meeting was attended by 51 Mayors from the US, Canada, Mexico and France, Efe news reported.

“And that’s a difficult position to defend. But the good news is that the Paris agreement was never going to solve the climate crisis on its own. It was going to be up to all of us,” Obama said.

A series of commitments were signed by the Mayors at the two-day forum to adhere to the basic world goals for limiting the output of greenhouse gases. They opposed Trump’s decision to pull out of the climate pact signed by 195 nations.

Dressed casually in a jacket but no tie, Obama was introduced by Emanuel, who was his first White House Chief of Staff and had invited him to speak for 15 minutes off the meeting’s official agenda.

The former President said jokingly that he was “in the neighbourhood” and decided to drop by and he was applauded vigorously several times during his relatively brief remarks, in which he spoke about some of his administration’s achievements in protecting the environment.

He also said that “a conveyor belt of some of the strongest hurricanes on record this summer smashed into Houston, Florida and Puerto Rico, and more than two months later they are still struggling to recover”.

Obama called on US voters to “make it a prerequisite for the vote for anybody for elected office that they’re paying attention” to global warming.

He made it a point not to directly engage Trump since the latter took office in January. Trump decided to pull the US out of the Paris accord, considered to be the world’s most important environmental pact because of its global reach and its long-term goals, arguing that it was “disadvantageous” for the country.

The participants at the conference included Paris Mayor Anne Hidalgo and the Mayors of Mexico City and Guadalajara — Miguel Angel Mancera and Enrique Alfaro Ramirez, respectively — as well as Montreal’s Valerie Plante and Vancouver’s Gregor Robertson.

Former New York Mayor Michael Bloomberg said that with or without US participation, the world will continue moving forward towards the Paris goals.

After China, the US is the world’s biggest emitter of greenhouse gases. 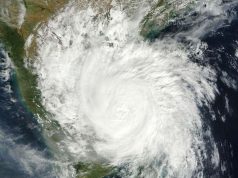 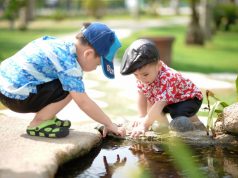 How home environment can put kids at depression risk later 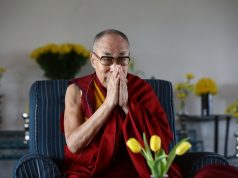