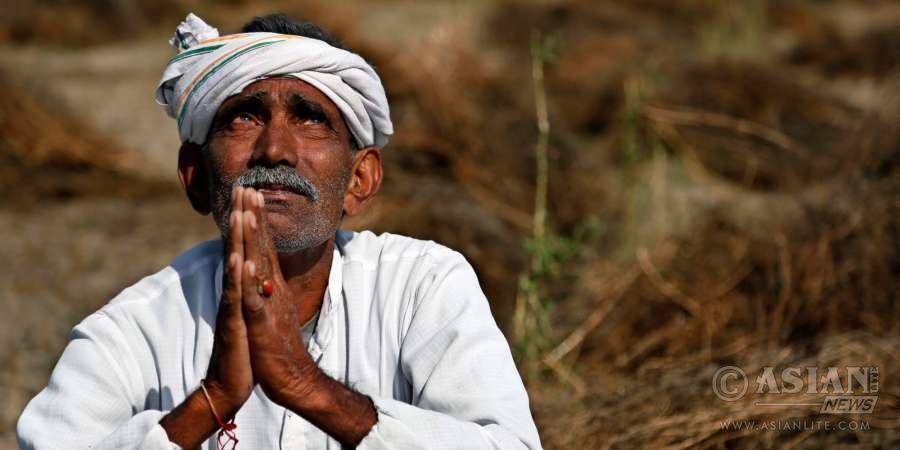 A staggering 3,228 farmers committed suicide in Maharashtra in 2015, the highest since 2001, according to data tabled in the Rajya Sabha on March 4, 2016 – that is almost nine farmers every day.

The number of suicides almost equal the number of people killed (3,477) by the Taliban in 2014, IndiaSpend had reported earlier.

Vidarbha and Marathwada, with 5.7 million farmers, accounted for 83 percent of all farmer suicides in Maharashtra in 2015.

Vidarbha was followed by Aurangabad (1,130) that forms the Marathwada region.

As many as 89 farmers ended their lives in Marathwada in January this year. The Farmers Distress Management Task Force, appointed by the state government, blamed the deaths on the “collective failure of government officials”.

As many as 5,650 Indian farmers committed suicide in 2014, or 15 farmers a day, according to data from the National Crime Records Bureau (NCRB).

The top five major causes of farmer suicides in 2014 were bankruptcy or indebtedness (1,163), family problems (1,135), farming-related issues (969) – such as failure of crops, distress due to natural calamities, inability to sell produce, illness (745) and drug abuse and/alcoholic addiction (250).

Bankruptcy or indebtedness was also a major cause for farmer suicides (857) in Maharashtra in 2014.

Bankruptcy or indebtedness from crop loans accounted for 765 deaths, followed by non-agricultural loans (76) and equipment loans (16).

The estimated average amount of outstanding loan per agricultural household in Maharashtra was Rs 54,700, above the national average of Rs 47,000/-, based on the Situation Assessment Survey of Agricultural Households during January-December 2013 by the National Sample Survey Organisation of the Ministry of Statistics.

Bankruptcy was followed by family problems (671), farming-related issues (352), illness (241) and drug abuse/alcoholic addiction (173) among the top five causes for farmer suicides in Maharashtra.

These top five states account for 89 percent of all farmer suicides in the country in 2014. With a hard year ahead, those figures are unlikely to improve.

As worst water crisis in decade unfolds, farmers will struggle

India is facing the worst water crisis in a decade with 91 major reservoirs having no more than 29 percent water, IndiaSpend reported recently.

Jayakwadi dam in Aurangabad district in Marathwada, which is witnessing the worst drought in a century, has only one percent water left of its 2.17 billion cubic metre capacity, IndiaSpend reported in January.

As many as 246 districts in 10states across the country have already been declared drought-affected in 2015-16, according to this Lok Sabha reply on March 10, 2016.

Of these, 21 districts in Maharashtra, or 15,747 villages, are drought-affected.

The Maharashtra government recently declared 11,962 villages in Vidarbha as drought-affected, according to this Mint report. So 27,723 villages of 43,000 Maharashtra villages in the state are drought-hit.

“The drought in Vidarbha is more of an agriculture drought and not hydrological. In Marathwada, it is both agriculture and hydrological,” Maharashtra Chief Minister Devendra Fadnavis said. “The government has allocated Rs 1,000 crore for immediate relief measures in these villages and more funds will be provided after assessment of losses.”