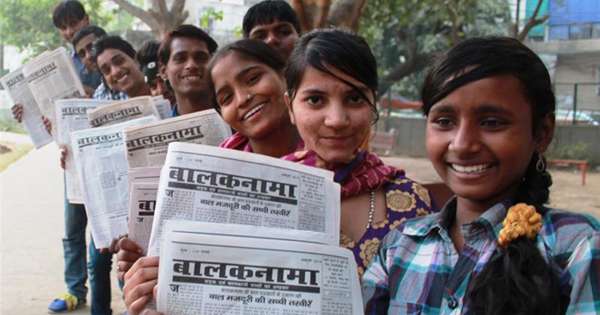 Balaknama, the tabloid run by children of the street is revolutionary, reports Asian Lite News

Her life in the slums of the capital made 16-year-old Jyoti turn sensitive towards their living, only to become the youngest reporter of a tabloid — Balaknama (Voice of Children) — run by a group of street children.

Having spent a significant period of her life in a slum cluster in Nizamuddin, Jyoti, a Class IX student, works assiduously along with other children to bring out the next issue of Balaknama.

At least 24 reporters — among whom most were ragpickers — run the eight-page Hindi newsletter that mostly publishes stories on the condition and life of street children and is run from Green Park in south Delhi.

With the help of a non-governmental organisation (NGO), Child Enhancement through Training and Action (Chetna), Balaknama focuses on the problems and vulnerabilities that the children roaming and begging on roads undergo. Balaknama has done stories on the activities of such children which include rag picking, dead bodies disposal from railway station, beggary, bonded child labour, human trafficking, sex rackets and drug abuse.

Jyoti has been doing such stories for eight years now. Before that she was into rag picking, begging and was a drug addict too.
When a team of Balaknama reporters, including Jyoti, visited a slum in Badarpur for a story on child marriage, they were threatened. “We were threatened and were almost about to be attacked by the people in the slum,” said Jyoti.

“We did not only want to report the story but wanted to stop the marriage. We don’t know what happened to her,” she added. Shambu, the 17-year-old editor of Balaknama, used to sell vegetables with his father before he came in touch with Chetna. “Life changed after I met with people at Chetna. Had I not been here I don’t how I would have messed up with it,” he said.

“Most of the mainstream media does not cover the stories we do. Balaknama is the voice of children and reflects the ugly face of the world that street children face,” Shambu added. 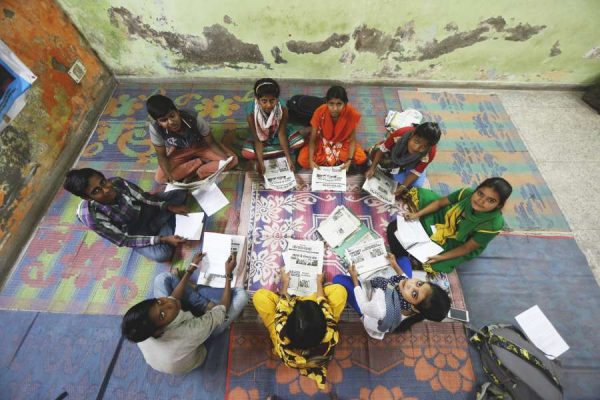 Apart from a team of 24 child reporters, Balaknama has 70 stringers whom they term “batooni” (talkative) reporters who are aged between 12 and 16 years. The batooni reporters observe their surroundings and the life of children around them and pass on the information to reporters, who write up the stories for Balaknama.

“They are not educated enough to write themselves. They observe their surroundings and report anything which is alarming or dangerous”, Jyoti said. Jyoti was eight years old when she got herself enrolled in the evening classes conducted by Chetna for street children at a slum in Nizamuddin here.

“I was sent to a drug rehabilitation centre. Today, I am a reformed person altogether and I thank Chetna for it”, she said. After many reporters complained of not getting space in the paper, the two-page newsletter was upgraded to an eight-page tabloid. And now, at least 5,000 copies of Balaknama are published.

“Balaknama has not only made these street children independent and aware of their rights but also given them hope to dream for a better future,” said Chetna director Sanjay Gupta.

“There are certain government schemes and measures, but they are not able to cope at the grassroot level for the upbringing of these children,” he added.