Zebras, giraffes, impalas and other evolutionary conundrums….Book Review By Vikas Datta about ‘ How the Zebra Got its Stripes And Other Darwinian Just So Stories’, written by Leo Grasset 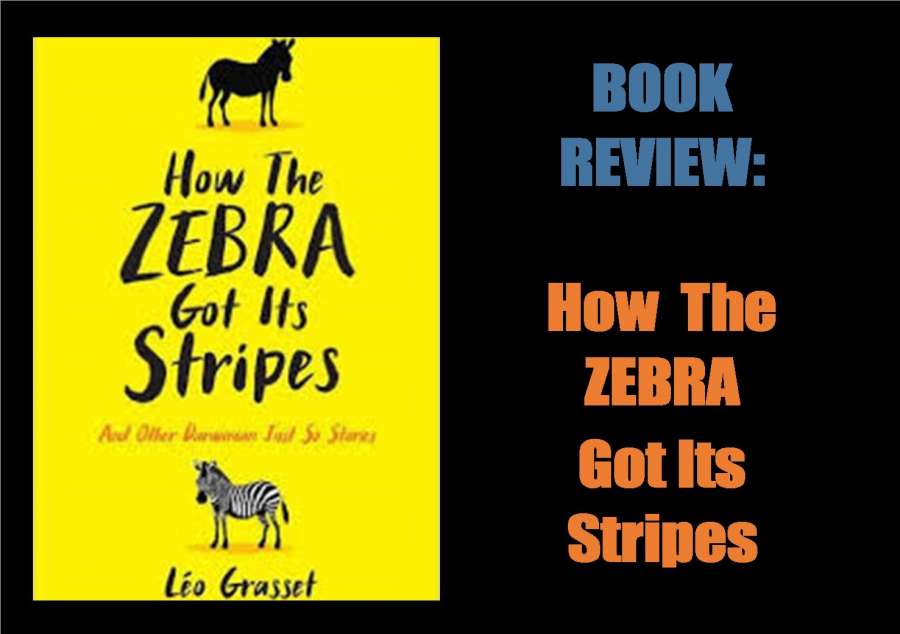 It was birthplace of the human race but that is not the only contribution of Africa to life on our planet. On its sprawling savannah can be seen many intriguing and inexplicable natural phenomena, spanning morphology (stripes/long necks), behaviour (deer warning signals) and habitat (termite mounds), which show how it still is a laboratory of evolution. But the reasons or explanations are still elusive.

Why do giraffes have such elongated necks, and zebras are striped (and how does this help in constructing stealth ships)? Why are buffalo herds a model of incipient democracy, and elephants of dictatorships? What does the deer response to danger teach us about human crowd behaviour and what was wrongly depicted in the Disney hit “The Lion King”?

These are among questions that French natural scientist Leo Grasset seeks to answer in this informed and engaging update of Rudyard Kipling’s whimsical stories, but also showing how complex these phenomena are and “answers” are more of probabilities than certainties.

Citing eminent evolutionary biologist and geneticist Theodosius Dobzhansky, who held that “nothing in biology makes sense except in the light of evolution”, he notes that “sometimes, when the questions being explored are at the cutting edge of scientific research, the light of evolution casts shadows that are hard to decipher!”

Grasset, who terms himself a “punk scientist par excellence” and runs the blog ‘Dans les testicules de Darwin’ devoted to biology, testosterone and rock’n’roll, is also one of France’s leading up-and-coming evolutionary biologists. He contends that of all the laws governing evolution of human beings, selection is the most powerful.

This, as he goes on to show, is “especially evident on the great African savannah” where if one individual possesses a slight advantage over the other, it will produce more young, which if inheriting and passing on the same advantage, will ultimately dominate the species’ gene pool while the other disadvantaged ones go into “evolutionary oblivion”.

Admitting this may be a bit simplified as things are not very straightfoward in the real world, he seeks to illustrates the theory with the case of the male nipple, and two rival reasons that seek to explain it. He goes on to two more oddities — the penis-shaped clitoris of the female hyena, horns of the female buffalo and some other quadrupeds — and continues to explore more bizarre sexual attributes such as male impalas’ behaviour in the breeding season.

In explanation, Grasset notes that “some apparently ‘natural’ characteristics” do not necessarily have a function, while some others, that seem to have no purpose, are the fruit of the important purpose of selection and do have some important functions.

“Evolution is a complicated phenomenon,” he holds, noting it “makes organs and appendages disappear, creates new ones and repurposes existing ones for different functions”. In light of all this, “it is sometimes difficult for biologists to understand the functions of the shapes and appearances of the creatures they study” and they are too ready to put out multiple, even contradictory hypotheses.

“Perhaps researchers are looking for simple explanations, whereas the exuberant creativity of evolution requires something far more complex,” he says, and proves it in attempts to explain, with a lot of wit, the reasons for the giraffe neck, the gazelle’s random flight, the zebra’s stripes (which can also help it to escape anti-tank missiles!).

Grasset also introduces, with much similar wit, the marvels of termites’ “air conditioning”, the impalas’ “Mexican Wave”, the contrary political systems of buffalo and elephants, and the antelopes’ sexual manipulation as well as extraordinary creatures like the dung-beetle and the honey badger, habits like the elephants’ skill at discerning sounds, including of humans, and finally, his attempts, in a Zimbabwean game reserve, at finding out if zebras have individual personalities.

Also key are his investigations into the human effect on environment and the rest of the animal world as we learn that nature is not only stranger than what we think but much more stranger than we can think — and amazingly responsive and resilient too.