Why do people help those in distress or the needy when there is no direct benefit involved? Why do some people not like bribing or cheating the system? The answer may not lie in genes but elsewhere.

An international team of researchers has found that altruism is favoured by random fluctuations in nature — offering an explanation to the mystery as to why this seemingly disadvantageous trait has evolved.

The team from the Universities of Bath, Manchester and Princeton (US), developed a mathematical model to predict the path of evolution when altruistic “cooperators” live alongside “cheats” who use up resources but do not themselves contribute.

Humans are not the only organisms to cooperate with one another.

The scientists used the example of Brewer’s yeast, which can produce an enzyme called invertase that breaks down complex sugars in the environment, creating more food for all.

However, those that make this enzyme use energy that could instead have been used for reproduction, meaning that a mutant “cheating” strain that waits for others to do the hard work would be able to breed faster as a result.

Darwinian evolution suggests that their ability to breed faster will allow the cheats (and their cheating offspring) to proliferate and eventually take over the whole population.

This problem is common to all altruistic populations, raising the difficult question of how cooperation evolved.

“Scientists have been puzzled by this for a long time. What we are lacking is an explanation of how these behaviours could have evolved in organisms as basic as yeast. Our research proposes a simple answer – it turns out that cooperation is favoured by chance,” said Dr Tim Rogers, Royal Society University Research Fellow at University of Bath..

The key insight is that the total size of population that can be supported depends on the proportion of cooperators: more cooperation means more food for all and a larger population.

If, due to chance, there is a random increase in the number of cheats then there is not enough food to go around and total population size will decrease.

Conversely, a random decrease in the number of cheats will allow the population to grow to a larger size, disproportionally benefitting the cooperators.

Dr George Constable, soon to join the University of Bath from Princeton, uses the analogy of flipping a coin, where heads wins £20 but tails loses £10.

“Although the odds winning or losing are the same, winning is more good than losing is bad. Random fluctuations in cheat numbers are exploited by the cooperators, who benefit more then they lose out,” he noted in a paper appeared in the journal the Proceedings of the National Academy of Sciences. 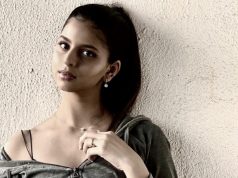 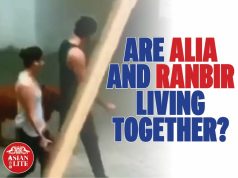