Journalist-cum-author Tim Judah travels all over Ukraine and tries to reveal what happened in the country decades back, riding through the minds of people over there….Book review of ‘In Wartime-stories from Ukraine’ by Vikas Datta 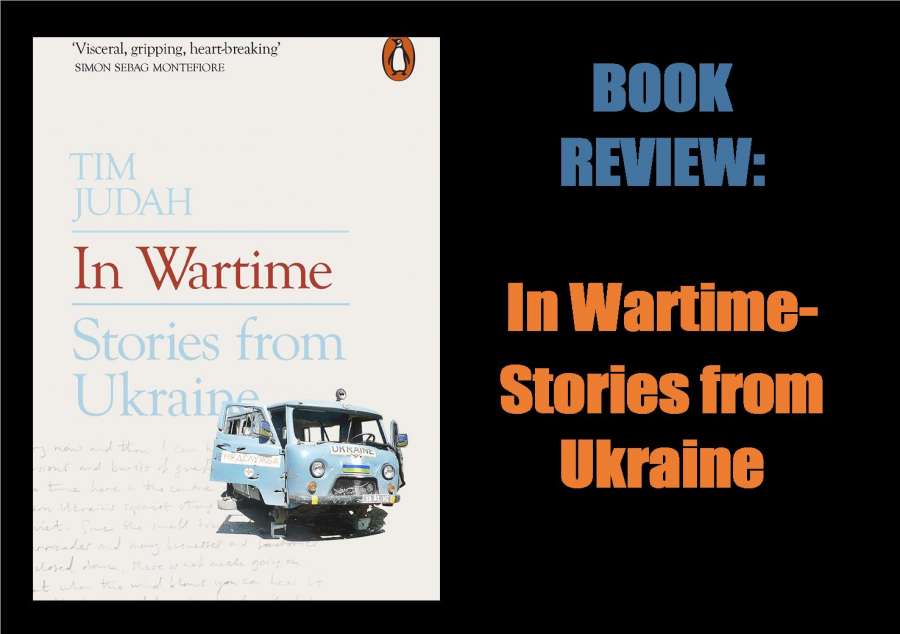 Truth is the first casualty of war, goes the old saying, and this holds most true in civil wars where the arguments over legitimacy of a government, the course and meaning of history (which rarely remains in the past), and the validity of a separate identity and nationalism can be as fiercely contested as territory. Ukraine is a case in point.

Who should be held responsible for the conflict that has seen Europe’s second-largest country lose the Crimean peninsula while expanses of its land in its east are out of its control? Is it big, powerful neighbour (and former overlord) Russia that is stirring trouble and trying to resurrect the Soviet Union in some form? Or is it Ukraine itself, which is not treating its Russian-speaking minority properly, and is basically an artificial creation which doesn’t even have rationale for independent nationhood?

Trying to find answers to these questions, or rather what the people think, journalist-cum-author Tim Judah travels all over the country, from its west — where the old Austro-Hungarian and Polish influence lingers — to the east — where the Russian impact is strong — and even a sliver of territory, only accessible across the post-Soviet state (Moldova), which contains a bewildering mishmash of ethnic groups.

Judah, who has reported on the Ukraine situation for the Economist, whose Balkans correspondent he is, and the New York Review of Books, and has extensive experience of covering conflicts in Eastern Europe, Afghanistan, Iraq and Darfur, among others, notes what drew him here was that Ukraine, despite all its importance, was “one of the continent’s most-under-reported places” — and covered in a skewed manner if at all.

“For most of the last century, what little reporting in the foreign press there was, was done in the main by foreign correspondents living in Moscow, who inevitably absorbed some of the imperial and then former imperial capital’s patronising attitudes,” he said.

Though revolution and wars have awakened editors, “most outlets still do not give journalists the space to make people and places really come alive” now and it is this deficiency that Judah sets out to redress with his vivid yet balanced account, which is also heart-rendering at quite a few places.

However, he makes it clear that he is not presenting an account of events that led to the Maidan revolution of 2014, the annexation of the Crimea, the consequent war, or who was responsible for the shootings at the Maidan, or of the Malaysian Airlines plane. Nor is it a history of Ukraine, though what happened in Lviv and Western Ukraine during World War II and the history of Donetsk in the east do creep in “because these two stories are key to understanding what is happening now”.

What Judah presents are stories of a whole lot of common but extraordinary Ukrainians, Russians and a whole gamut of ethnic minorities spanning from professors to grandmothers to ex-soldiers (and a Russian agent who has been set in all scenes of strife since the days of the Soviet Union), and sights and scenes.

Beginning with the stark description of a war fatality whose body hangs from overhead power lines, Judah unforgettably depicts how the past hangs heavy when he visits a cemetery in western Ukraine.

His account, well enlivened with maps and photos, is, however, not a very comforting read but a tragically sobering one about how identity politics, geopolitical aims, misgovernance and corruption — in one place, a politician laments how it is hard to fund schools when nobody pays their taxes — and, above all, how the heavy hand of history can blight lives.